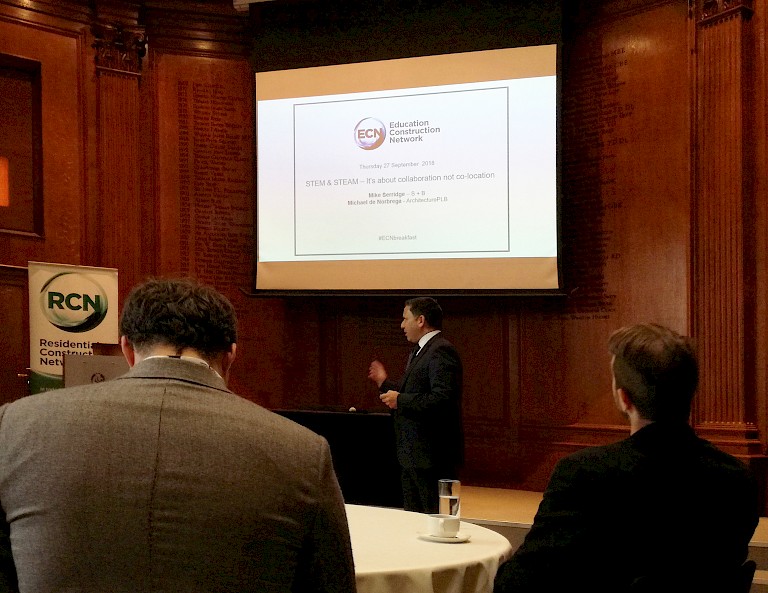 Do we need a living room to live in or a large bedroom to sleep in?

At yesterday’s RCN breakfast event ‘Do we need a living room to live in or a large bedroom to sleep in?’, some interesting points were raised about the affordability of homes in London and the space standards we work within, which only reinforces the reality of how difficult it is to get a foot on the property ladder and how small these spaces often are. Housing for people looks different from housing for profit.

The overarching theme was that housing today needs to be appropriate and genuinely affordable, not just ‘affordable’ in the sense that it provides developers with sufficient profit margins which aren’t necessarily serving the community it’s intended for. Other parts of the country do suffer but not anywhere near the scale that Londoners do, as the ratio of the average salary to property price is now 1:10.

This is not to say that affordable homes aren’t being provided, although it does seem that the space that some developers are providing seems to be shrinking. As mentioned by Julia in her BD column, A new low in office-to-residential conversions, we have recently seen spaces as small as 13sqm at Newbury House in Ilford, which managed to avoid the need for planning permission through permitted development rights. Despite the size of these spaces being shockingly small, it was mentioned that the culture of living is changing and that 20-30sqm ‘micro flats’ with communal spaces is more of a reality.

If the private sector is going to meet demand and solve this housing crisis, innovation needs to be encouraged and quickly. Input from architects and designers needs to come earlier in the design process and spaces need to be more flexible to cater for future generations’ changing needs. Specific cultural differences are not being considered with these ‘shoebox’ schemes and there seems to be a lack of engagement with the occupants of these homes.

The presentation was particularly inspired by Patrik Schumacher’s (somewhat controversial) publication, Only capitalism can solve the housing crisis, in which he states “Government should stop intervening to promote home ownership” and “saving and housing must be decoupled”. Instead of housing being used as a financial instrument by developers, it was suggested that we should adopt an approach more common in countries like Germany and Italy, where a rental culture is more prevalent. The intention being that it would allow us to invest more in our businesses, communities and cultural buildings.

Although some interesting solutions were provided, including suggesting a sort of revolution from the demand side of the market, and demonetisation of property, these solutions seem to be more speculative than realistic. Policy-makers do however have the ability to tackle distribution.

“Cities have the capability of providing something for everybody, only because, and only when, they are created by everybody.” - Jane Jacobs