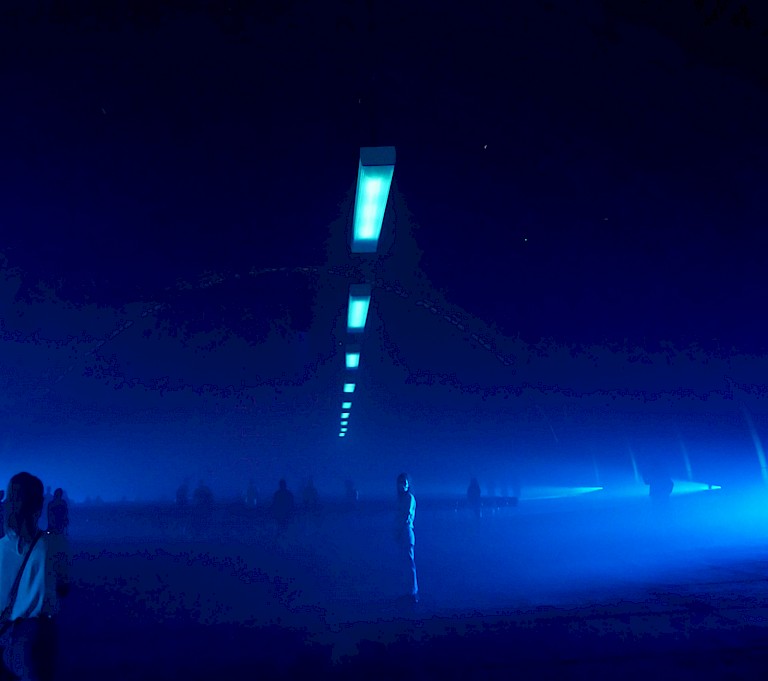 As Martina has already reported, the Manchester International Festival was a very different proposition this time around. With various members of our team having attended many events over the years, and taken part as volunteers and supporters, we can only commend all involved for pulling off such a feat in the circumstances. Bravo!

I started my festival this year with Martina at Sea Change; an open-air dance piece based on our collective experience of lockdown. One of the most striking aspects of this work for me was the opportunity to once again connect with strangers. Lingering eye contact with the performers in both joyful and pained moments would in any circumstances be quite arresting, but in this time of emergence from enforced solitude, it was particularly moving.

Next up was All of this Unreal Time. Despite the inevitable challenge of finding suitable venues for this year’s festival, MIF21 still pulled off some impressive settings. This cinematic piece was screened in the main hall of Manchester Central (previously the G-mex, and before that the original Manchester Central Railway Station) – see above. I’m not entirely sure the purpose of the 15 minutes or so of repeated footage of electricity pylons that preceded the main event. It had a fairly soporific impact on me, which meant the actual piece did well to snap me back to attention. This it did with an engagingly intense monologue, moody setting, mesmerising cinematography and the melodic delivery of Cillian Murphy. The text itself felt very relevant. I will admit that the electricity pylons had made me sceptical, and I was slightly worried about being served up some pretentious prose. But I was wrong. Written by Max Porter and performed by Murphy as both inner and outer monologue, I was drawn into the world of soul-searching and genuinely wanting to do better. As if Murphy’s character can’t sleep, or doesn’t deserve to, so wanders alone in the dark. At one point he lies prone in a rainy London street. And then gets up and carries on apologising. The apologies feel both personal, and contextual, or generational. Murphy sits in a café alone, while scenes of forest fires play out on a TV screen above. I have watched this piece again online since my first viewing, and as I write this I’m taking yet more from the experience and may go back and watch it again.

This year there are two exhibitions that continue after the main festival has ended, one of which is Cloud Studies, continuing at the Whitworth Gallery until October. Forensic Architecture are a collective of researchers including architects, filmmakers and scientists who investigate ‘state and corporate violence’. With Cloud Studies they have brought together a number of investigative projects for their very first exhibition. The work feels very urgent. It included modelling the Beirut port explosion based on amateur and news footage, revealing apparent state negligence, to using AI software to study the frequency with which tear gas cannisters are deployed on peaceful protestors. Considering historic and contemporary racism in Louisiana, I was particularly struck by the parallels through time and how seemingly much has changed, but intrinsically the same fundamental societal divisions still exist. During the era of slavery, much of the area along the Mississippi River was occupied by plantations. Historic maps reveal the locations of burial sites and cemeteries for slaves, marked by small tree groves and often located close to the property boundary or far away from the plantation’s main house. Campaign groups are working to recognise these sites and their historic and political significance, and ensure that those that remain are marked and preserved. Many have already been destroyed by a new wave of chemical industries along the river banks. And it is this industry that is now affecting the lives of the local, predominantly black, populations. Residents of the area breathe some of the most toxic air in America and suffer its highest rates of cancer. Forensic Architecture are using their mapping techniques to help locate the historic burial sites, and have brought in experts in fluid dynamic modelling to illustrate the current spread of harmful airborne pollutants. More details can be found here.

The Whitworth Gallery reinforced the idea that historical injustices are being allowed to repeat by selecting works from their own collection. These included views of Manchester and Bolton under industrial revolution era toxic smog and references to the long association Manchester has had with the abolition of slavery in America. In 1862 Lancashire mill workers refused to work with American cotton picked by slaves, leading in many cases to their own starvation and destitution. The US sent relief ships of supplies to support the Mancunians in their efforts, and a statue of Abraham Lincoln has stood in Manchester since 1919. The Whitworth’s supporting text also acknowledges that the UK continues to benefit from slavery in ‘visible and invisible ways’ with the gallery’s own collection including items donated by philanthropists whose wealth was built on the cotton grown by enslaved people.

Another ongoing exhibition is Poet Slash Artist, which can be seen at Home until the end of this month. Curated by Hans Ulrich Obrist and (local boy) Lemn Sissay, this exhibition brings together works by a range of artist poets, or poet artists… This was an eclectic exhibition with the central thread being the artists’ other pursuit, poetry, rather than necessarily any element of the work on display. I was intrigued by the ways in which some of the artists worked with text in their pieces, ranging from a familiar bold neon work by Tracey Emin to a delicate triptych (pictured below) by Imtiaz Dharker where the words, and the message, emerge from a woman whose mouth is hidden.

Looking toward the future of Manchester International Festival, I also attended Arcadia – an immersive installation within the main hall of what will be The Factory. The site for MIF’s future home sits immediately adjacent to Bonded Warehouse, the building in which our Manchester studio is located. We all look forward with much excitement to next year when The Factory will become a year-round home for MIF, commissioning and hosting yet more eclectic and original works, on our literal doorstep. For Arcadia, beacons of light emanated from tents, poetry inspired by the natural world enveloped the space, and a tiny portion of English countryside appeared amidst the concrete and steel of the half-finished building. The juxtapositions were stark and reminded me of the sequence from the London 2012 Olympic opening ceremony where the garden of England becomes a fiery furnace of industry. Each element conjured excitement about the variety of work that will be coming to Manchester when The Factory opens. 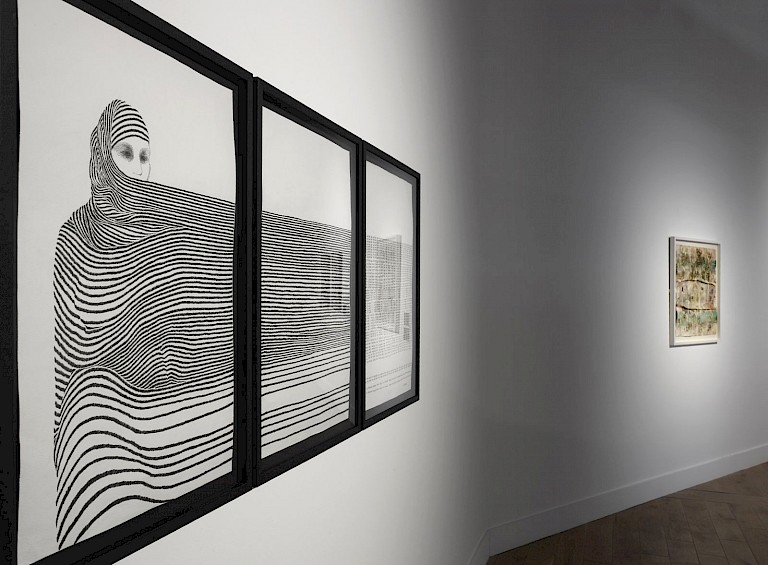 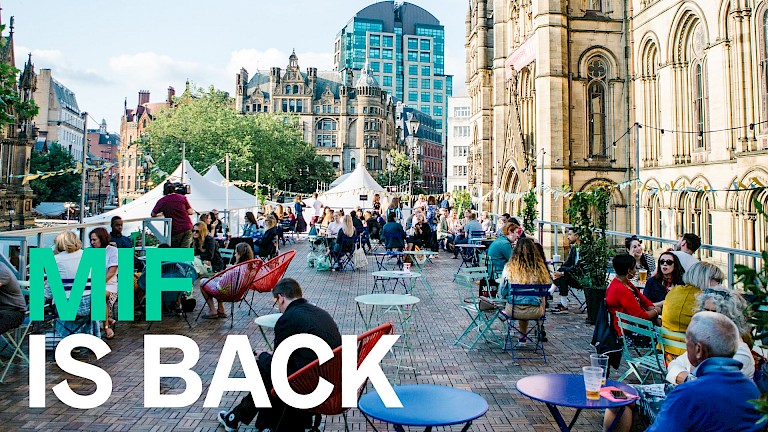 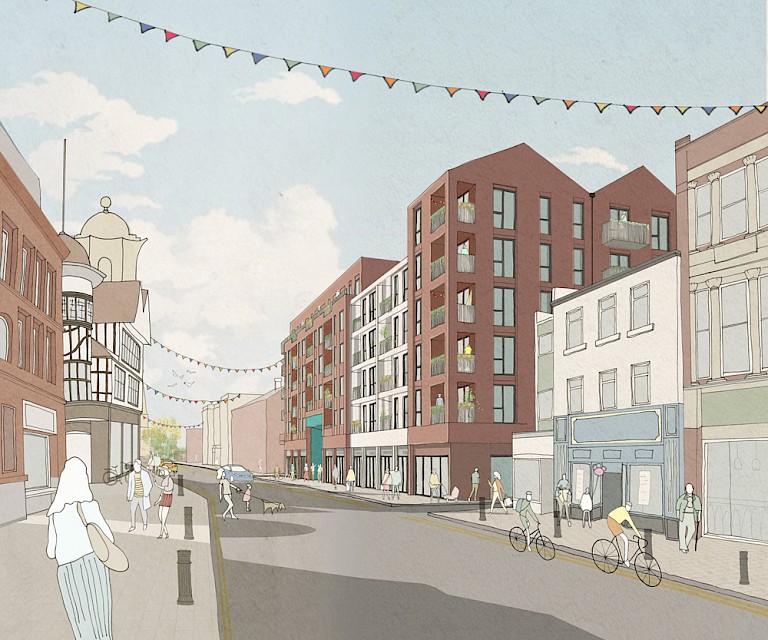 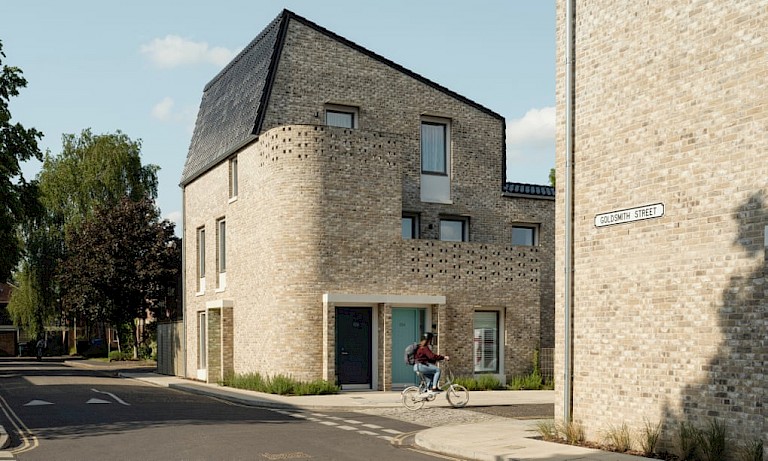 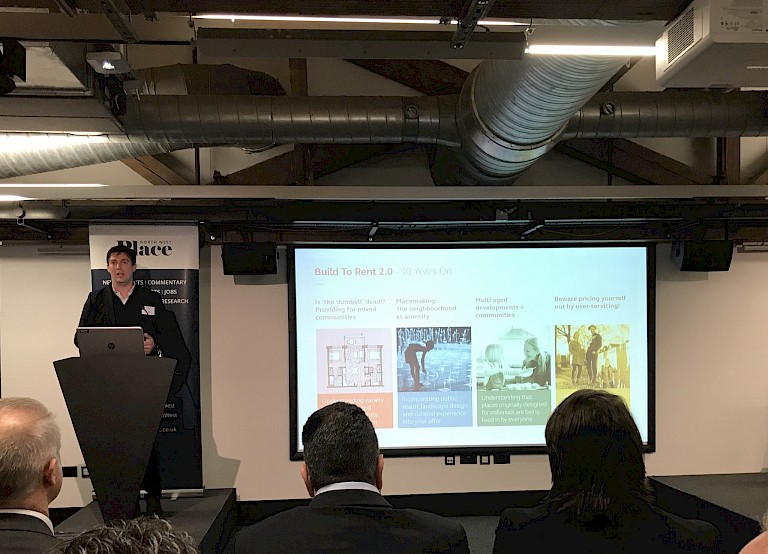