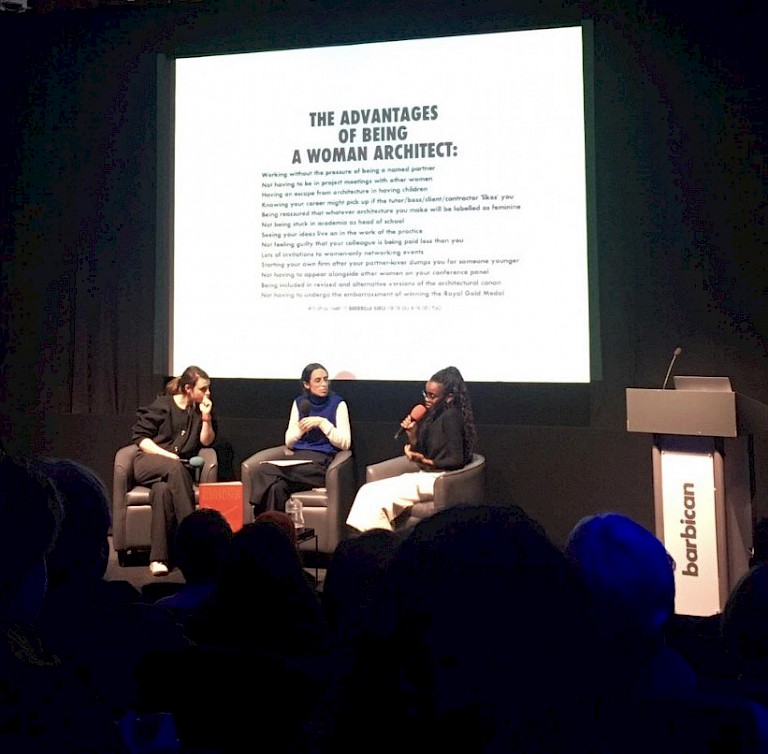 ‘Breaking Ground – Architecture by Women’ at the Barbican

Jane presented several architects from the book, including Margaret Staal-Kropholler, Flora Steiger-Crawford and Beverly Loraine Greene. She described the typical representation of women in architecture as being associated with white, male Modernists. She also discussed the problem of authorship in the profession and how often only the founding partners of a firm are considered worthy of recognition, leaving many senior architects without credit.

Alisha Fisher then spoke about Black Females in Architecture – a peer-driven membership network which organises talks and workshops in London to promote diversity in architecture and to explore themes brought up by its members. Alisha discussed the problem of how very few BAME graduate architects complete their Part 3.

Zoë Berman of Studio Berman spoke about Part W, the women’s campaign group which she founded. Part W has crowd-sourced an all-female alternative to the RIBA’s Royal Gold Medal list, due to there being only one female winner of the award (Zaha Hadid) in 171 years. The organisation pushes for gender equality across the built environment.

The talk concluded with a conversation between the panel and audience and reflected the need for interdisciplinary change – a powerful end to a thought-provoking evening.