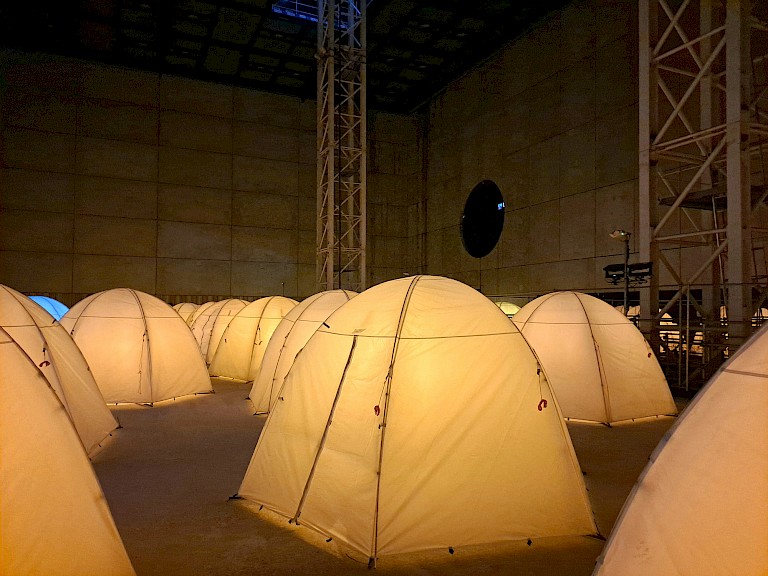 Over the first two weeks of July I was able to attend five Manchester International Festival events in total: a mix of installation, music, dance, theatre performance, sometimes all of them together, eclectic and cryptical as the experimental nature of the MIF is.

Organising a festival amidst the uncertainty of a pandemic is already a big challenge, and doing it not knowing which restrictions will be in place would discourage most organisers. Not MIF. They wanted to run it, and they found a way. Ambitiously most of the events had been planned to be run in different scenarios, so when the government announced that by the time of the festival restrictions were not going to be lifted, all that the organisers had to do was dust down the back-up plan.

I attended the first event, Sea Change, during its rehearsal as well as the opening night. The performance has been specifically created for MIF by the French choreographer Boris Charmatz; he transformed in dance the contrasting emotions that we all faced during the lockdown. With his talent he used the constraint of the social distancing as a feature to shape this rather unique show.

It was performed by a mix of professional dancers and local residents all forming a dancing chain along the 400m-long Deansgate stage (pictured below), one of the main streets of Manchester city centre.

The opening event was followed by the MIF launch party at the Festival Square, a socially distanced beer garden hosting live music and cultural events. That night, together with Gillian, I could once again experience a very much missed networking life.

At MIF they really like to choose unexpected locations for their events and they didn’t disappoint the audience.

The first weekend of the festival I volunteered as a “test-audience” for Arcadia (pictured above), an installation by Deborah Warner set inside the The Factory, Bonded Warehouse’s neighbour. Designed by OMA and due for completion next year, it is going to be the year-round MIF hub, with a 1,600 seated auditorium and many flexible spaces. Currently it is no more than a concrete skeleton. A very attractive one though.

The installation was set inside the warehouse, one of the future main flexible spaces. It was a peaceful and relaxing space to walk through, with natural features, lantern-like tents, and soundtracks of poetry inspired by the natural world, all contained in a cyclopic concrete box.

As part of the “test-audience” I visited before the opening to test how long it would take me to enjoy the installation, so they could plan accordingly the staggered entrance for the event. I not only could walk on my own through the installation many times but I also had the privilege of being guided through the whole construction site, so I could appreciate the concrete, the cranes and the scaffolding in all their beauty.

The following weekend I attended, again as a volunteer, a four-hour-long hip-hop event called Rooted in Rhythm.

Yet another spot-on location in Manchester Central, an exhibition and conference centre converted from the former Manchester Central railway station, which still preserves that unique industrial Mancunian vibe.

It was a deep journey into Manchester's hip-hop underground, a bit too underground for me, except for the last hour, when DJ Semtex entertained the crowd with hip-hop classics, as well as key soundtracks of my teenagerhood, such as “Yeah” by Usher and “Numb/Encore” by Linkin Park feat. Jay-Z.

At that point all the audience, the volunteers and every worker in the hall couldn’t contain themselves and we all embraced a liberating, yet socially-distanced, dance to celebrate that special moment of conviviality that we all missed for so long.

During the last week of the festival I attend other two events.

Notes on Grief is a play based on a reflection of Chimamanda Ngozi Adichie who after losing her father last year, published a tribute to him where she meditates on the meaning, impact and nature of grief. When her father passed away, she (the author) was living abroad, and because I live far from my parents, I felt very touched by the play.

And we arrive to the last performance, the joyful Global Playground, the perfect closing act for my MIF experience. A mix of talented dancers, musicians, actor, and a funny ventriloquist were all together entertaining the audience while trying to make a film.

What I really took from the play was the child-like and playful approach of the authors, something that I think is well worth to preserve also in our adult life.

The MIF experience has been for me a breath of fresh air, and a sequencing of stimulating moments that I had not experienced for a very long time. I felt privileged in being able to attend so many events and I still couldn’t have enough. It left me with the feeling that I want even more live art, performance, exhibitions in my life.

Hopefully that will come back soon, but in the meantime, I will treasure another important lesson from this interesting experience: the power of will. I could see from behind the scenes how much extra effort, passion and care MIF organisers had to put to make this festival happen. They demonstrated that despite the constraints we sometimes have to face, if we really want something, we can definitely find a way. 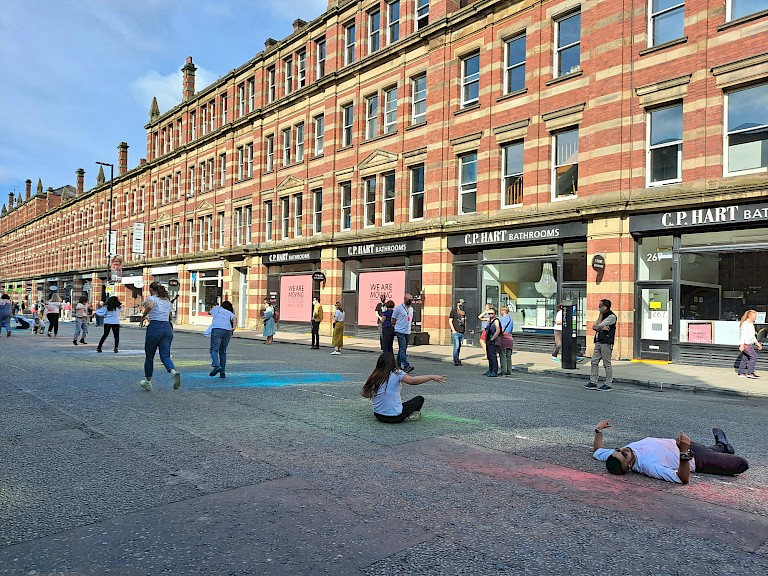