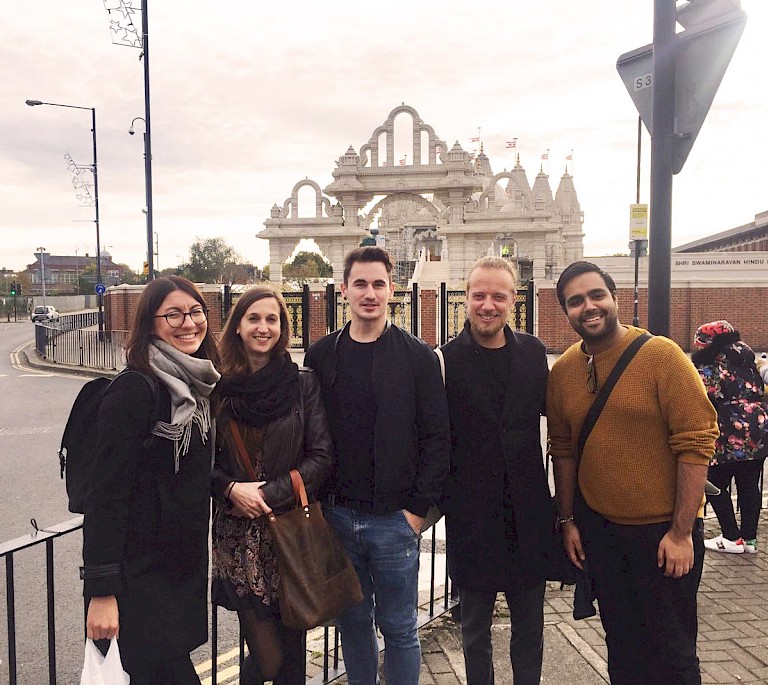 On Saturday, several of us ventured out to visit the BAPS Shree Swaminarayan Mandir, also known as the ‘Neasden temple’. It is considered to be Britain’s first authentic Hindu temple, as well as a hub for all who come to learn, worship and celebrate. It has become somewhat of a landmark, bringing hundreds of worshippers and tourists alike to the suburbs of north west London.

After going through airport-style security (yes, sadly it has come to this!), we entered the building, designed in traditional Haveli style with exquisite wood craftsmanship in the entrance foyer, combined with modern environmental and structural engineering techniques in the main hall. This space is column-free and can accommodate up to 2,000 people, or can be divided into four smaller halls. We witnessed a group of women undertaking a debate session which, according to the spiritual leader, enables us to become better human beings by increasing our knowledge.

A corridor brought us into the main temple building and up the internal marble stairs. Unfortunately, the main external stairs are only used for VIPs and special functions, such as a Diwali. The temple design is based on Vastu Shastra principles, a Hindu way of designing spaces based on the science of architecture. We were greeted by intricately carved marble columns with animals and deities carved into them, all supporting the main dome which depicts ancient Hindu mythologies. The temple is constructed from Indian and Italian marble, Sardinian granite and Bulgarian limestone, with the carvings undertaken in India.

We then took part in the Aarti ceremony of light where divas (candles) are lit and offered to the deities. A religious hymn is sung with music. Worshipers are then offered to take blessings from the candles.

Tthere are many similarities between different religions in the way the temple is planned and the use of candles to symbolise divine light. Regardless of whether you’re religious or spiritual, the temple evoked a sense of calmness and tranquillity. We left feeling energised and inspired by the sheer attention to detail in the intricate marble carvings. 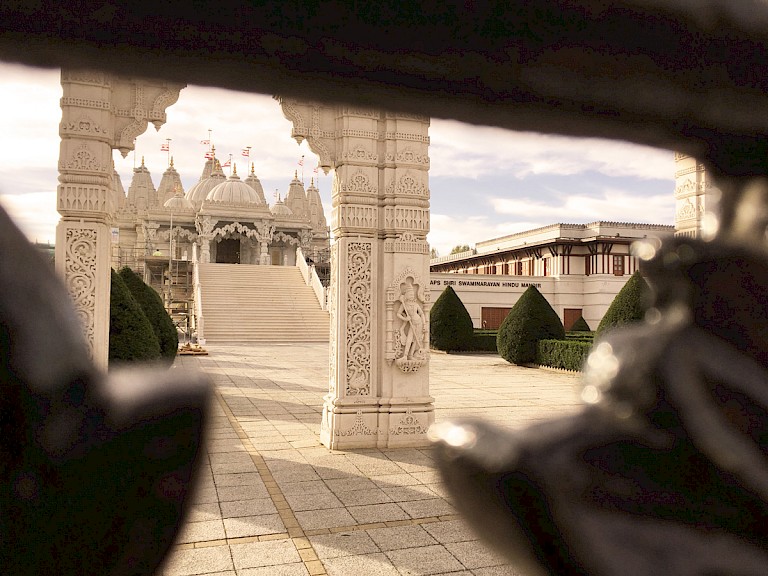 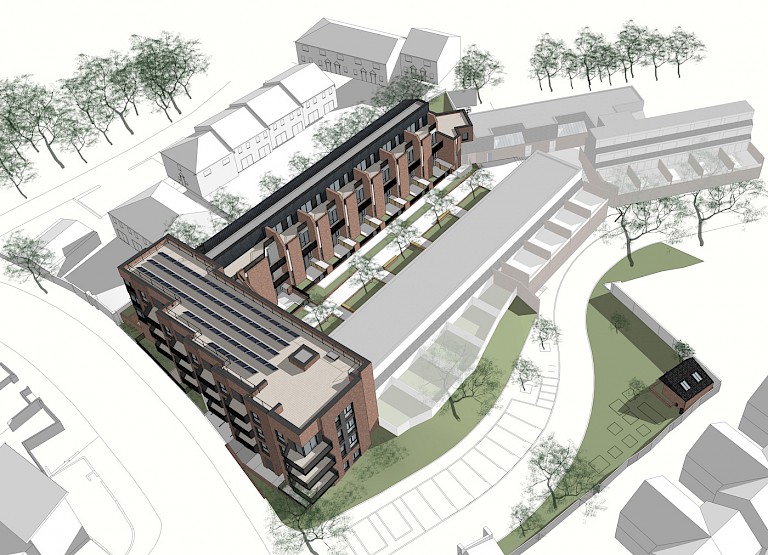 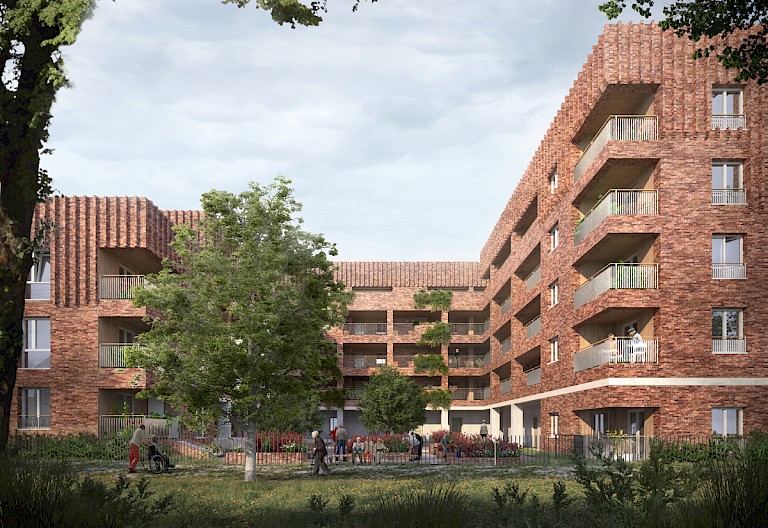 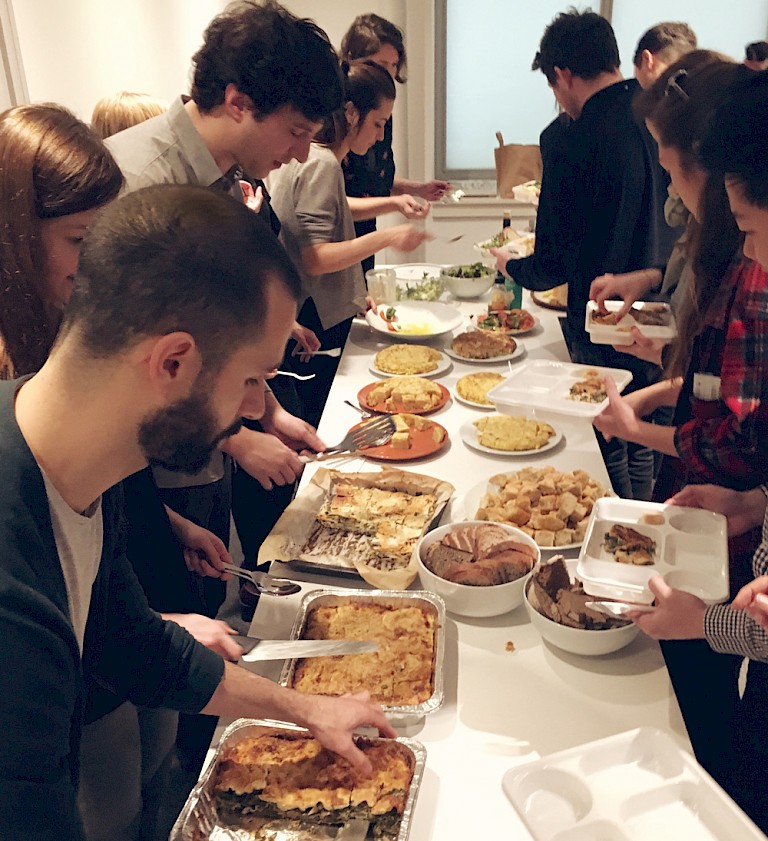