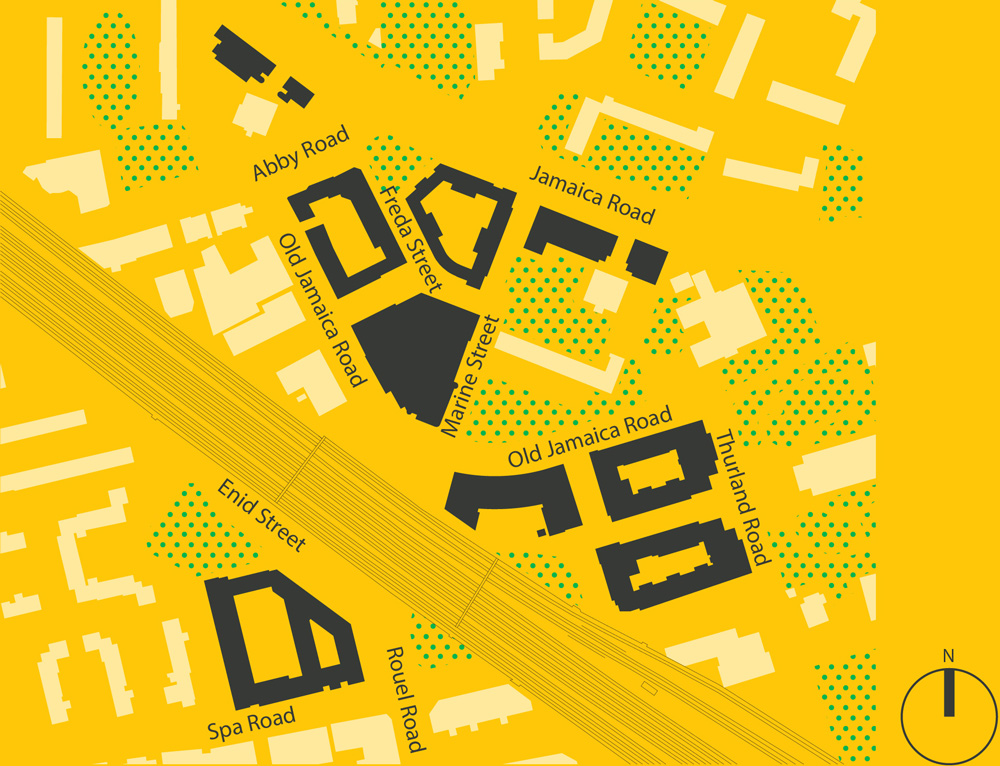 The transformation of a neglected corner of south London into one with well designed homes, streets, spaces and places for the local community.

Construction Value: £140m (across all sites)

In 2000, the London Borough of Southwark earmarked Bermondsey Spa, a huge swathe of land in south London, for regeneration. With the neglected community at the heart of this urban renewal, we focused on creating a strong sense of place and providing the existing and new residents with the better quality connections, streets and homes they so deserved.

Despite its central location, only a stone’s throw from Tower Bridge, Bermondsey Spa was an almost forgotten and disconnected part of town. The new Jubilee Line extension was about to unlock the connectivity of the area and the Council were keen to deliver improvements for the local community at street level.

A masterplan was drawn up for the whole area by the Council and development partners sought for each of the sites. At this point, we were approached by the Hyde Group to work together on their plots. However, rather than focusing on the architectural approach, we were asked to rework the original masterplan to better integrate the site within its surroundings and to look at maximising the densities in a way that took advantage of the improved public transport links, yet respected the scale and grain of this historic part of London. 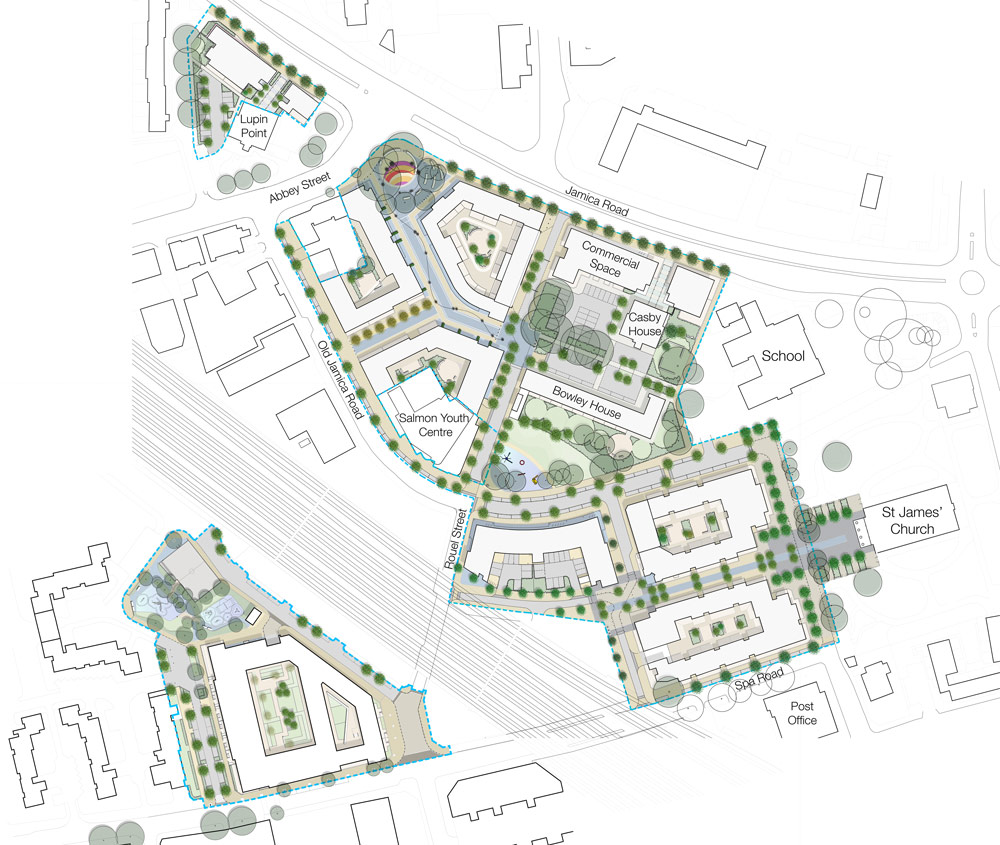 The project covers a huge site in south east London 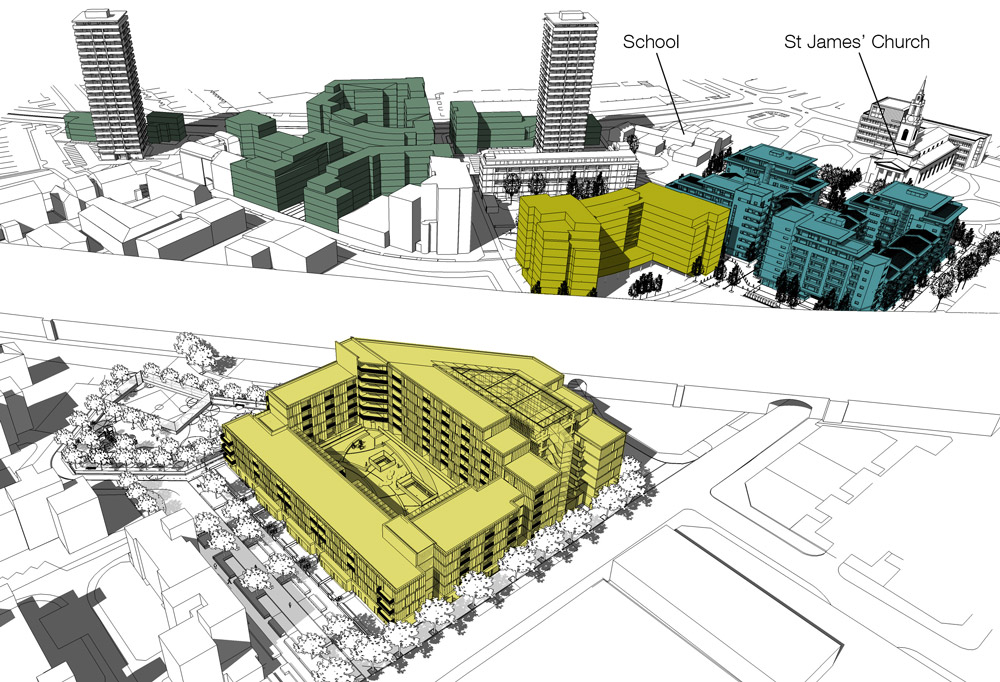 The masterplan was broken down into separate sites and phases

Bounded by railway lines on one side and the busy Jamaica Road on the other, the site was home to run down council buildings and disused car parks. A bomb site left over from the Blitz had become an adventure playground for local children. The one building of value that remained was the Grade II* listed St James’ Church, a local landmark that had remarkably survived the war unscathed.

The site’s history is referenced throughout the design to create a place with which residents can identify. Many of the new streets were named after those from Bermondsey’s maritime heritage. New buildings inherited names from famous local characters such as Tommy Steele, who grew up in Frean Street.

Our challenge was to take this site, which was extremely varied in scale and quality, and transform it into a new urban quarter of real character. 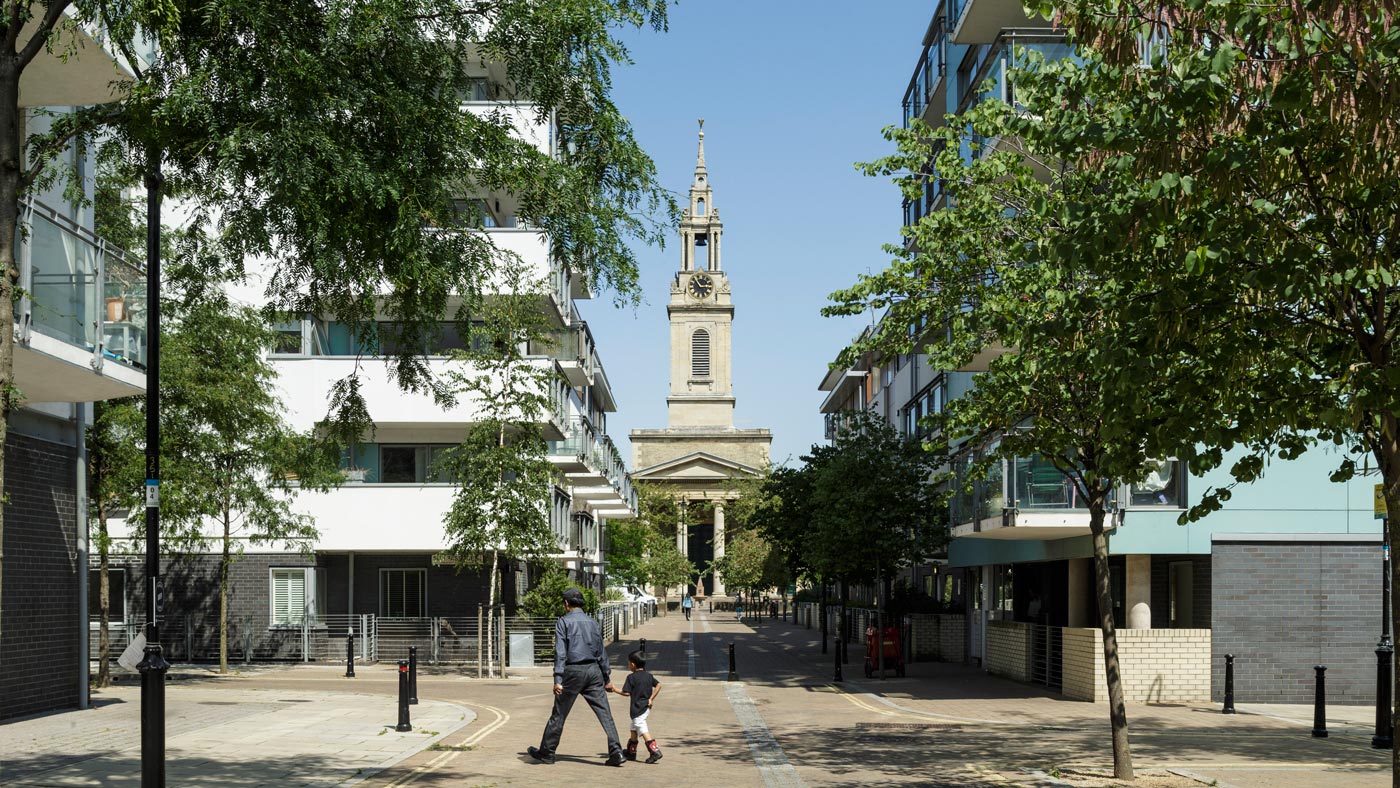 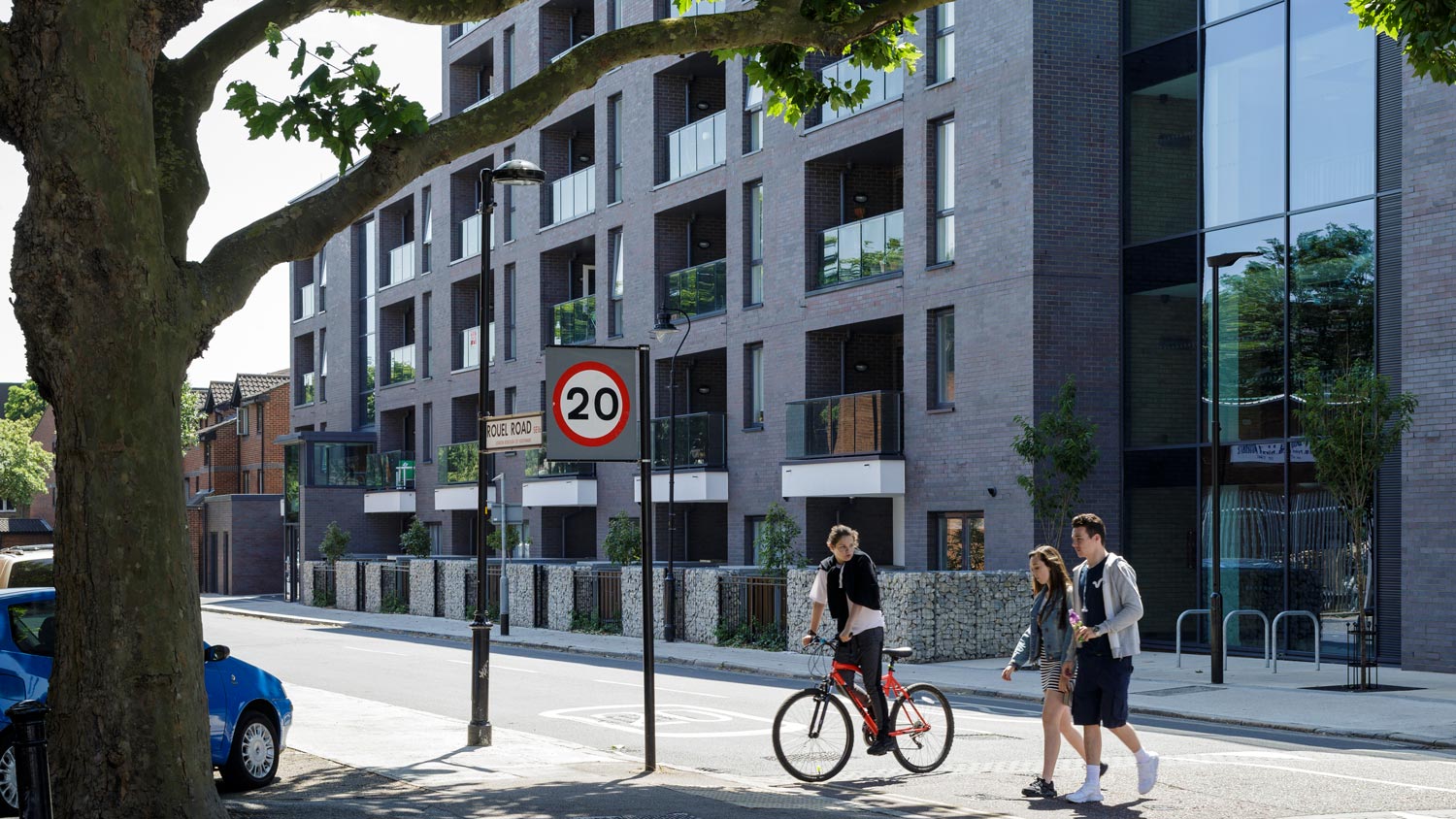 Streets have been improved to increase the connectivity of the site 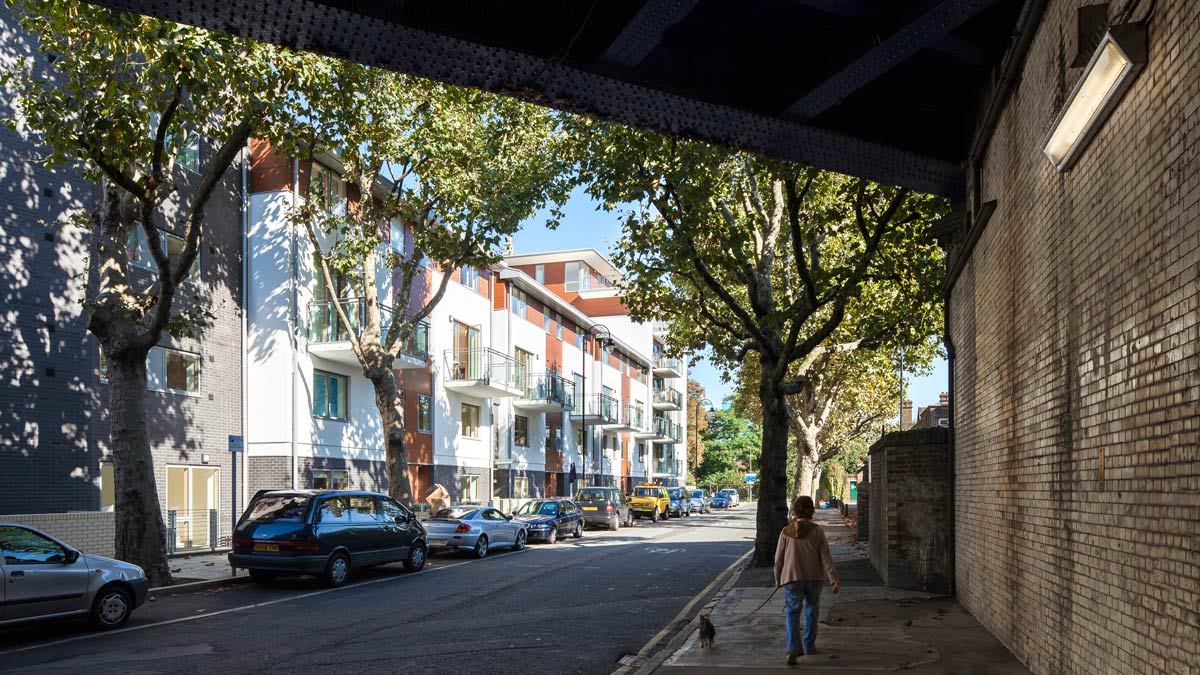 The starting point for our masterplan was to identify the key destinations surrounding the site: Tower Bridge and the Thames to the north, and St James’ Church and Bermondsey Underground station to the east. We then looked at ways we could create connections between the site and each of these places.

Many of our interventions have re-established the historic street network, which had evolved and disintegrated over the years. We introduced a new pedestrian route linking Tower Bridge to St James’ Church and from the site to the new tube station. Reinstating many of the old paths near the church also gives it greater visual prominence and helps define it as a focal point for the masterplan and local community. 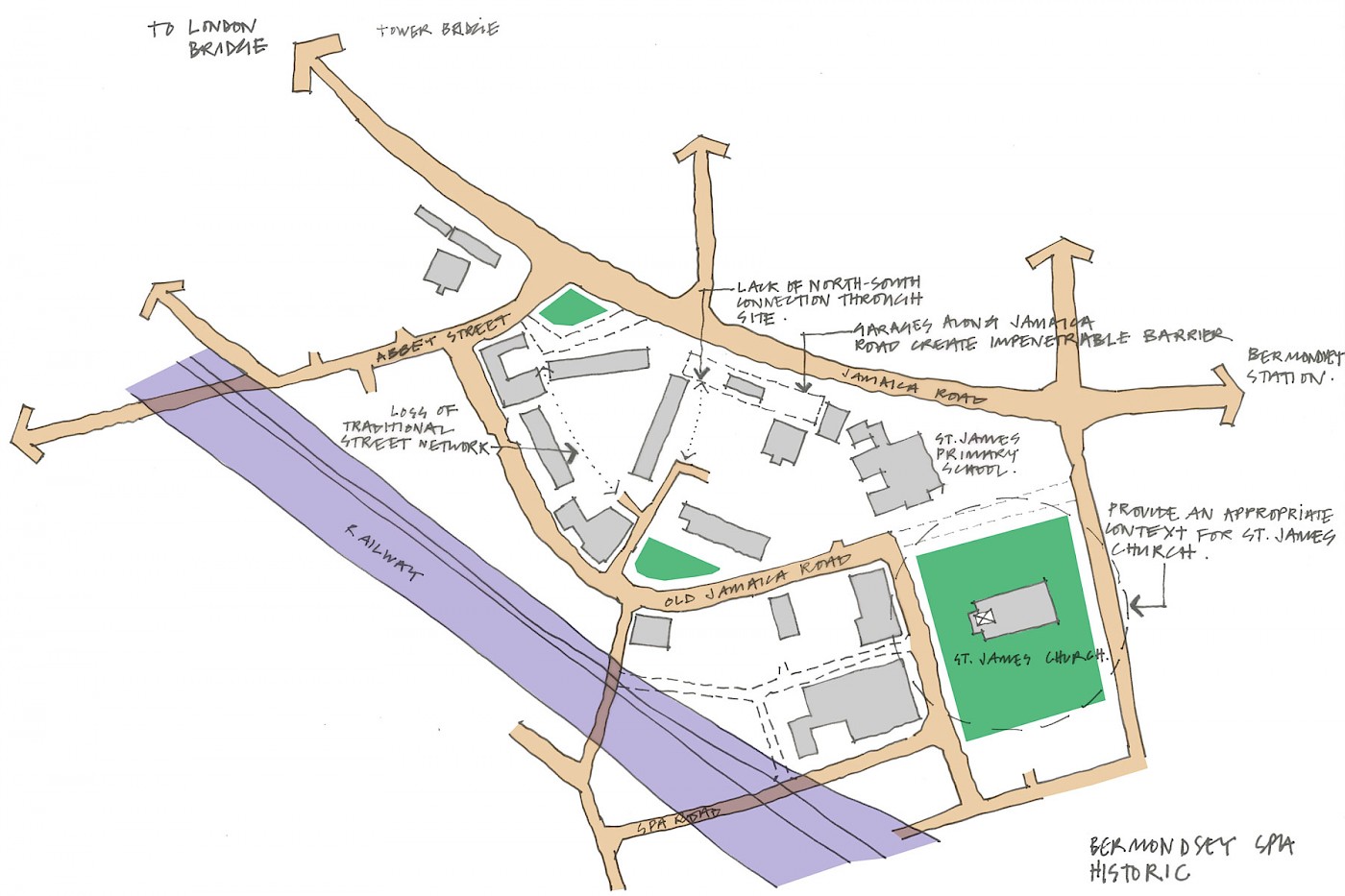 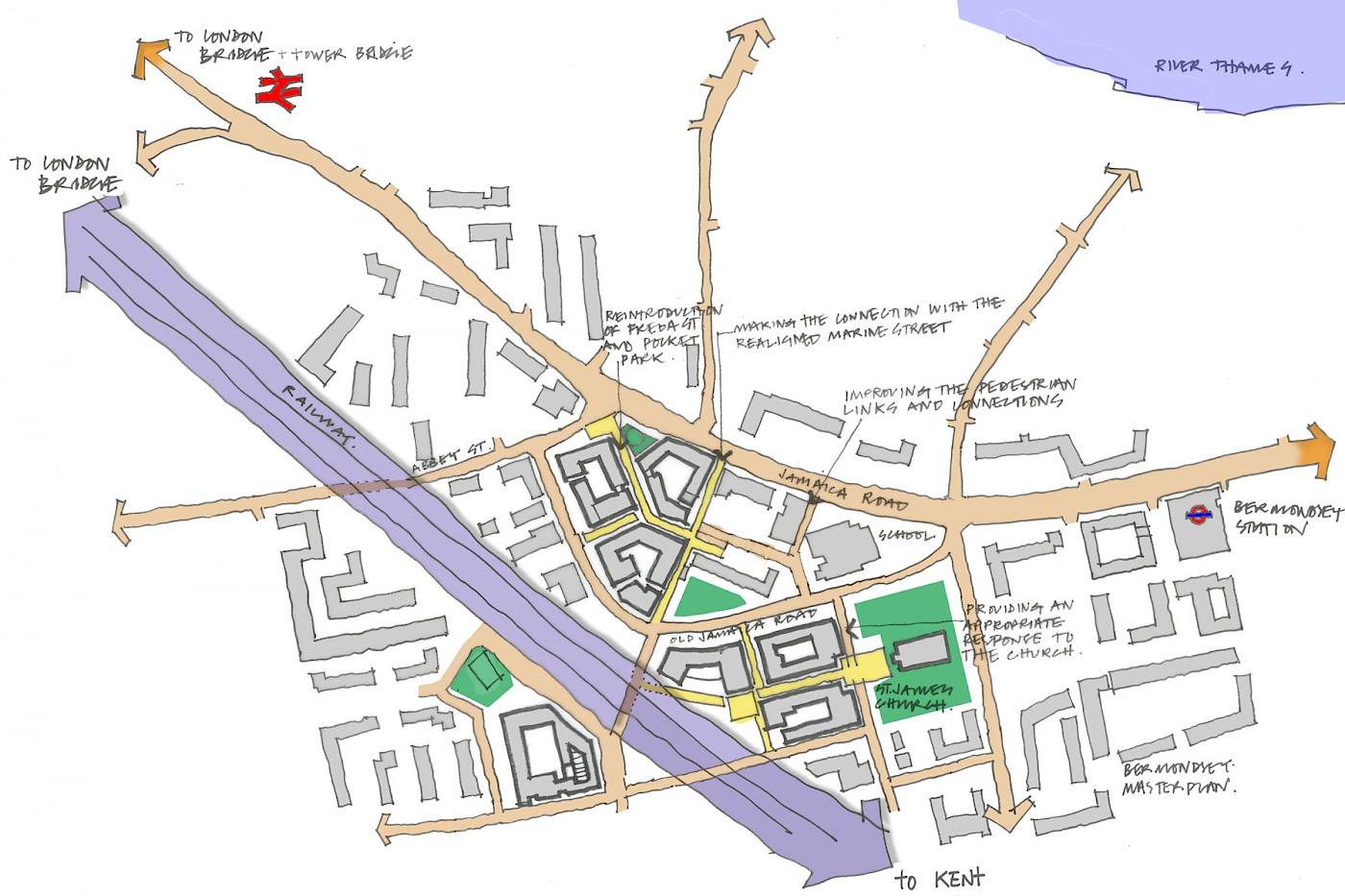 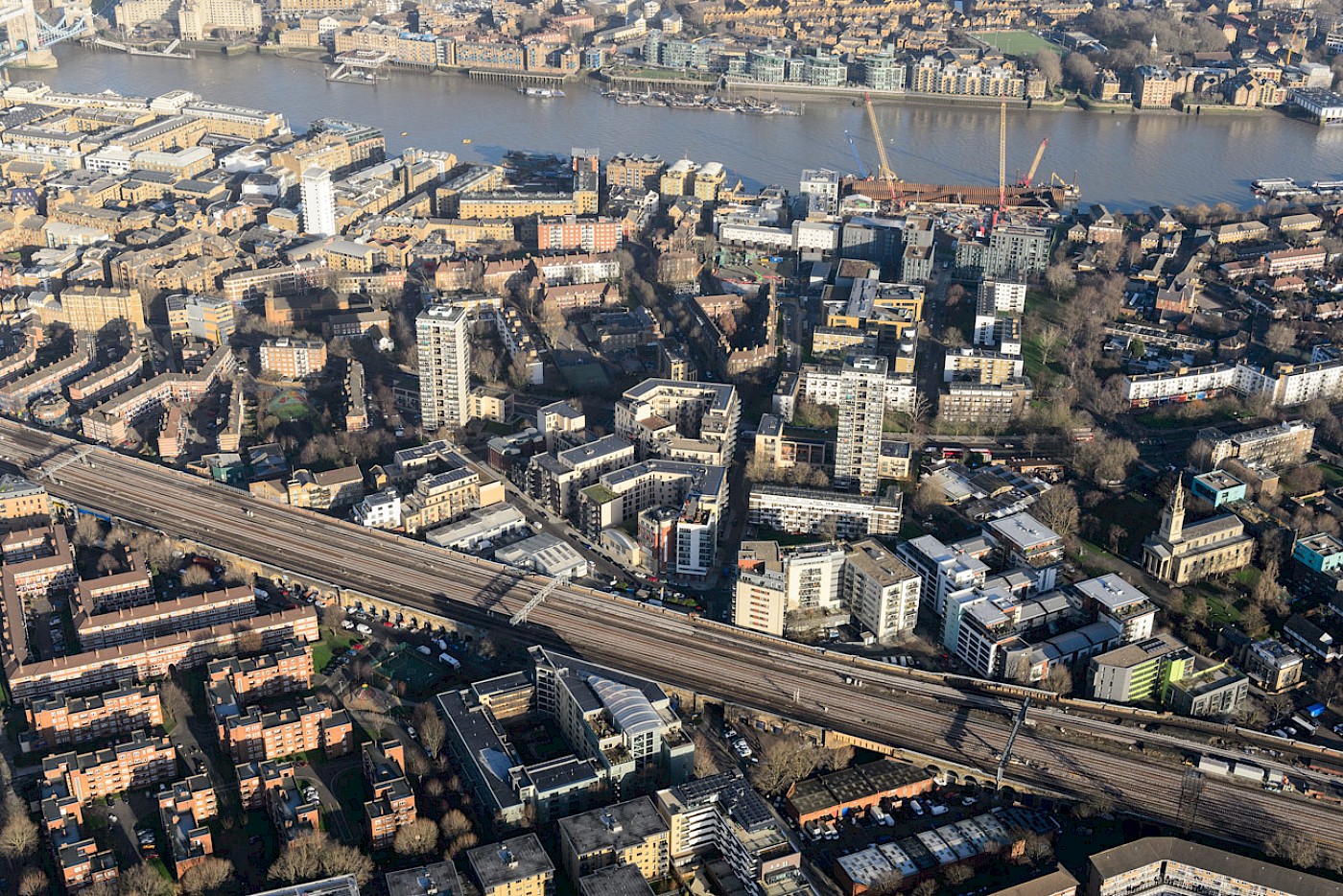 Our masterplan utilises surrounding focal points, including St James Church and the Bermondsey Underground station to the east

In order to meet the GLA's targets and those of the original masterplan, but still create a high quality streetscape for the community, the new buildings are between three and ten storeys, with the taller elements strategically located near Jamaica Road and the railway lines. Buildings near the church are much lower, sitting below its ridge height to protect views of the spire from the wider area. These also have a more horizontal emphasis to sit comfortably with the verticality of the church spire. 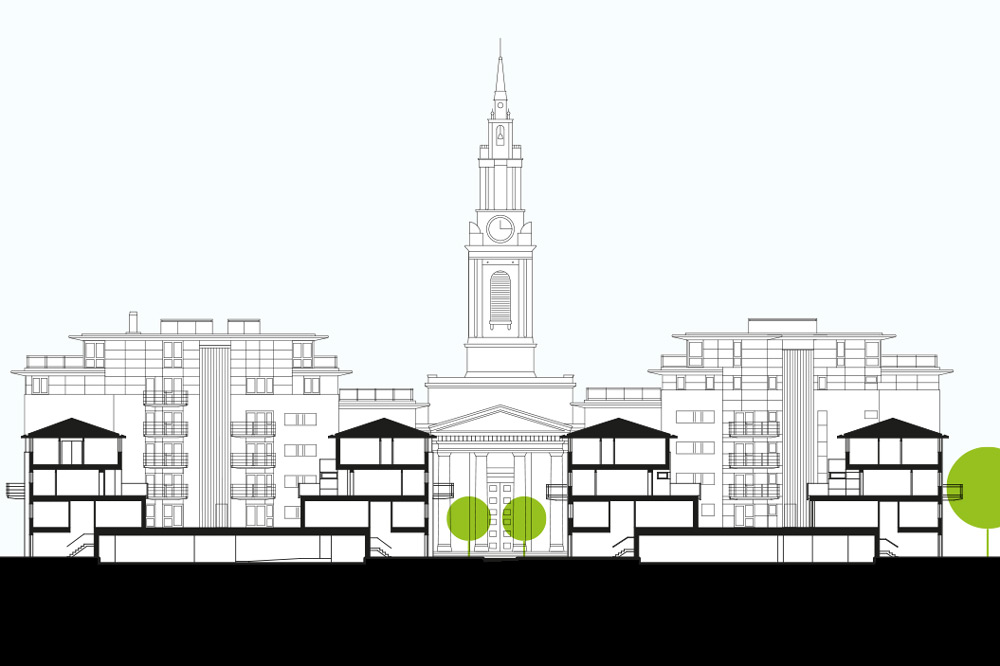 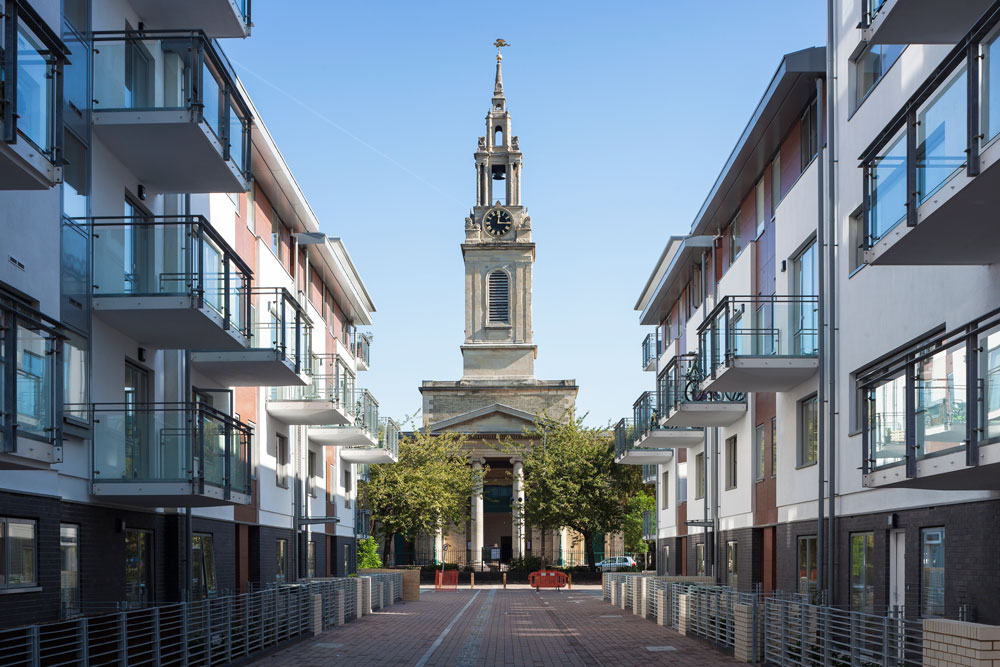 What is most pleasing now on the ground is the obvious ownership of the area now by those who live and work in it. The whole atmosphere has been transformed into a place where people actually want to be. 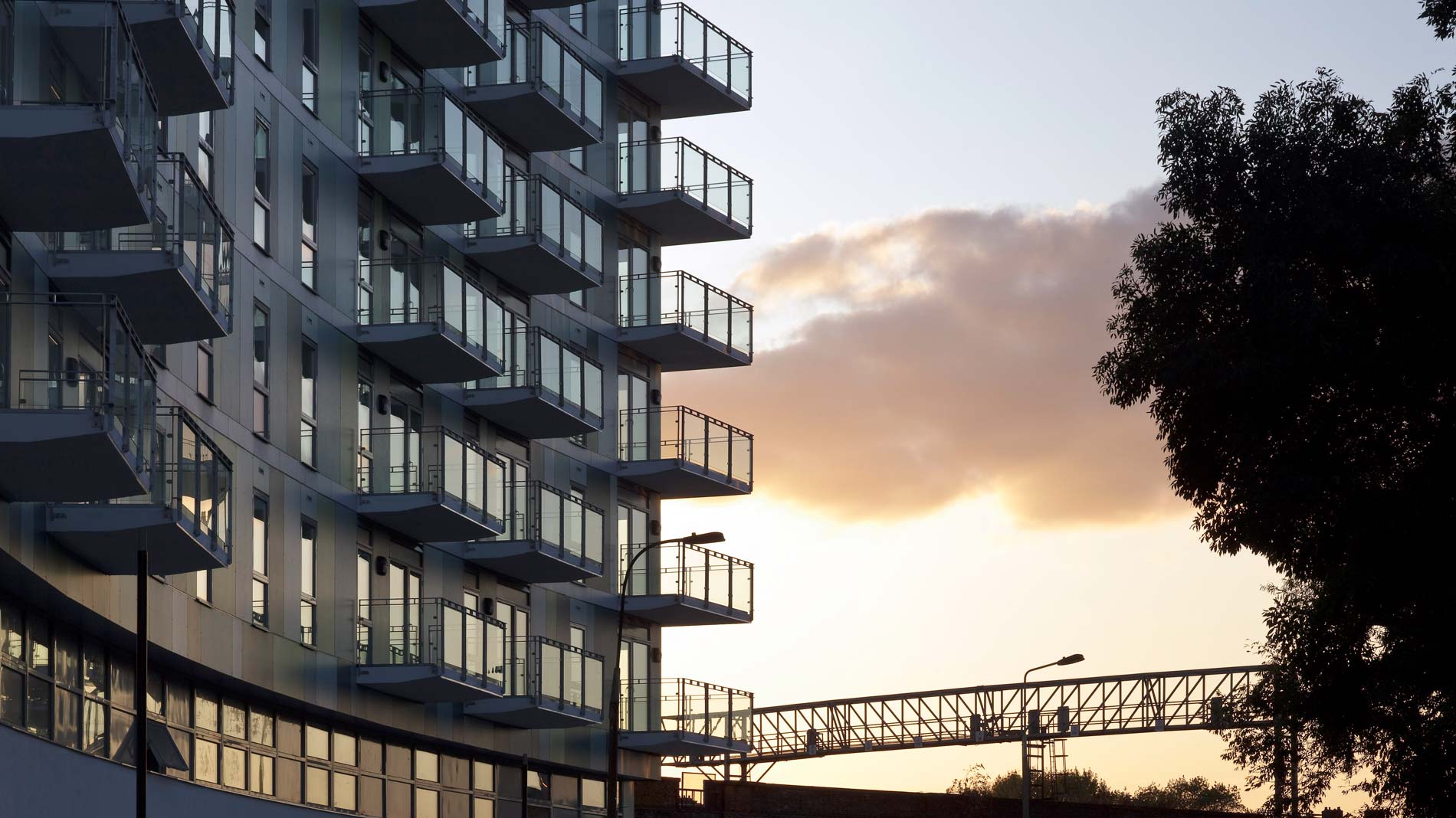 Northern facade from second phase of masterplan with railway viaduct behind 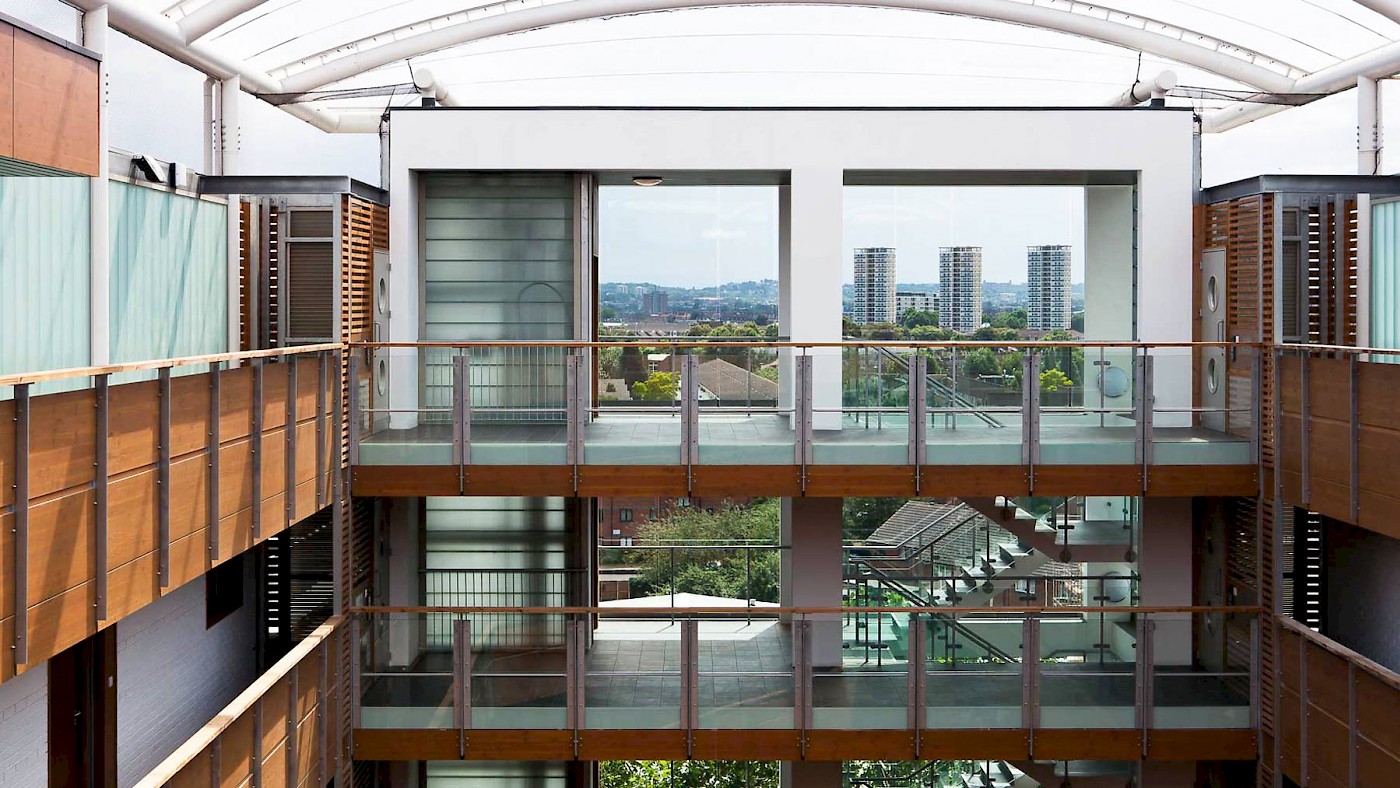 A new atrium provides a striking backdrop for new homes 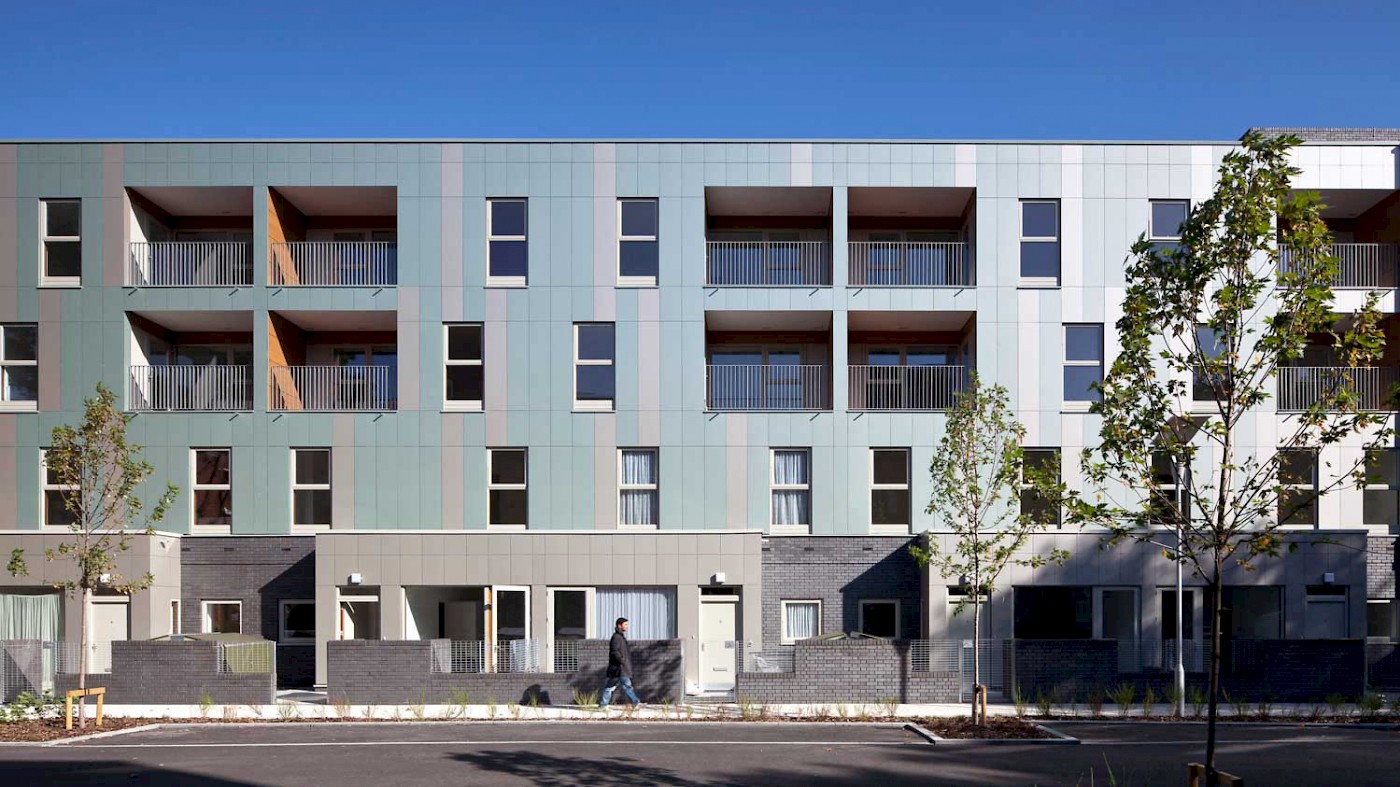 A variety of housing styles creates an interesting streetscape 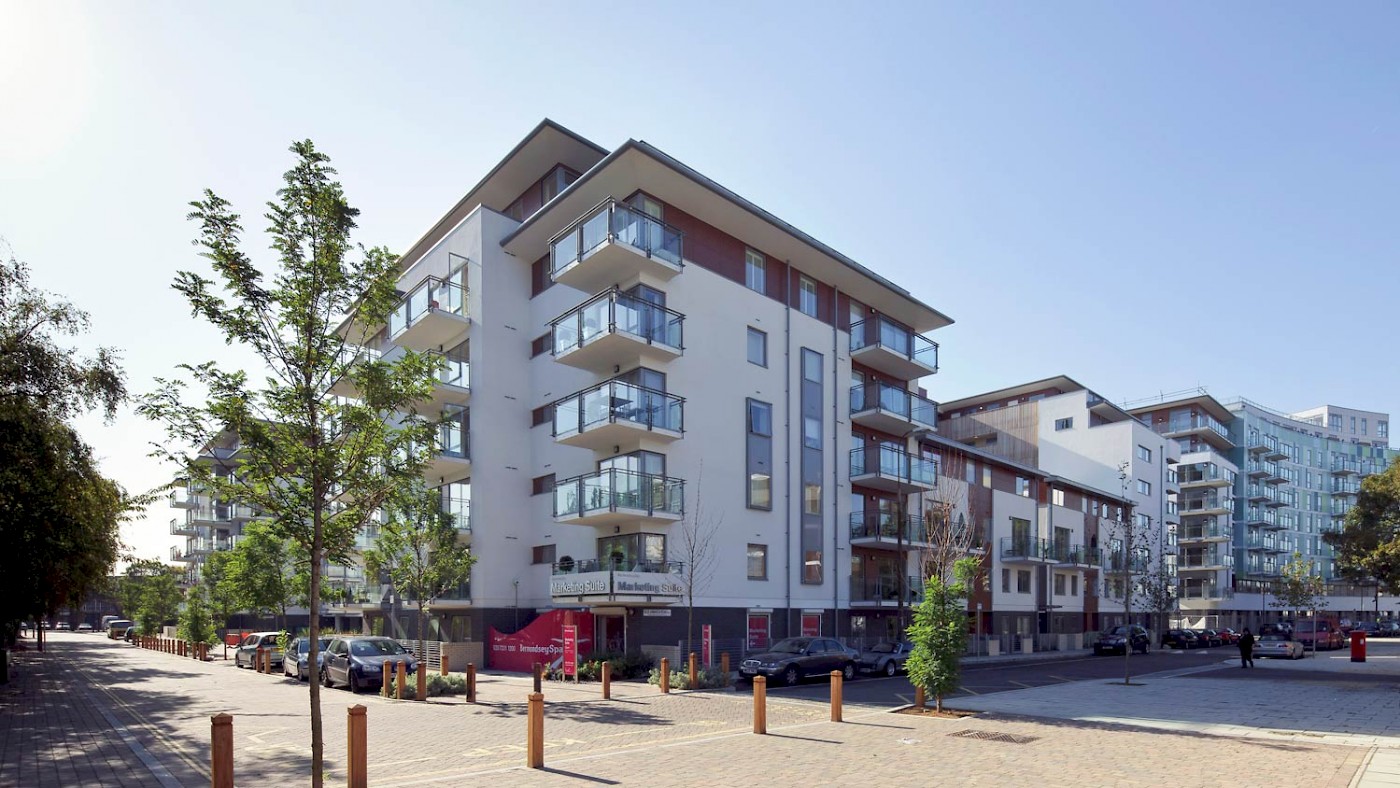 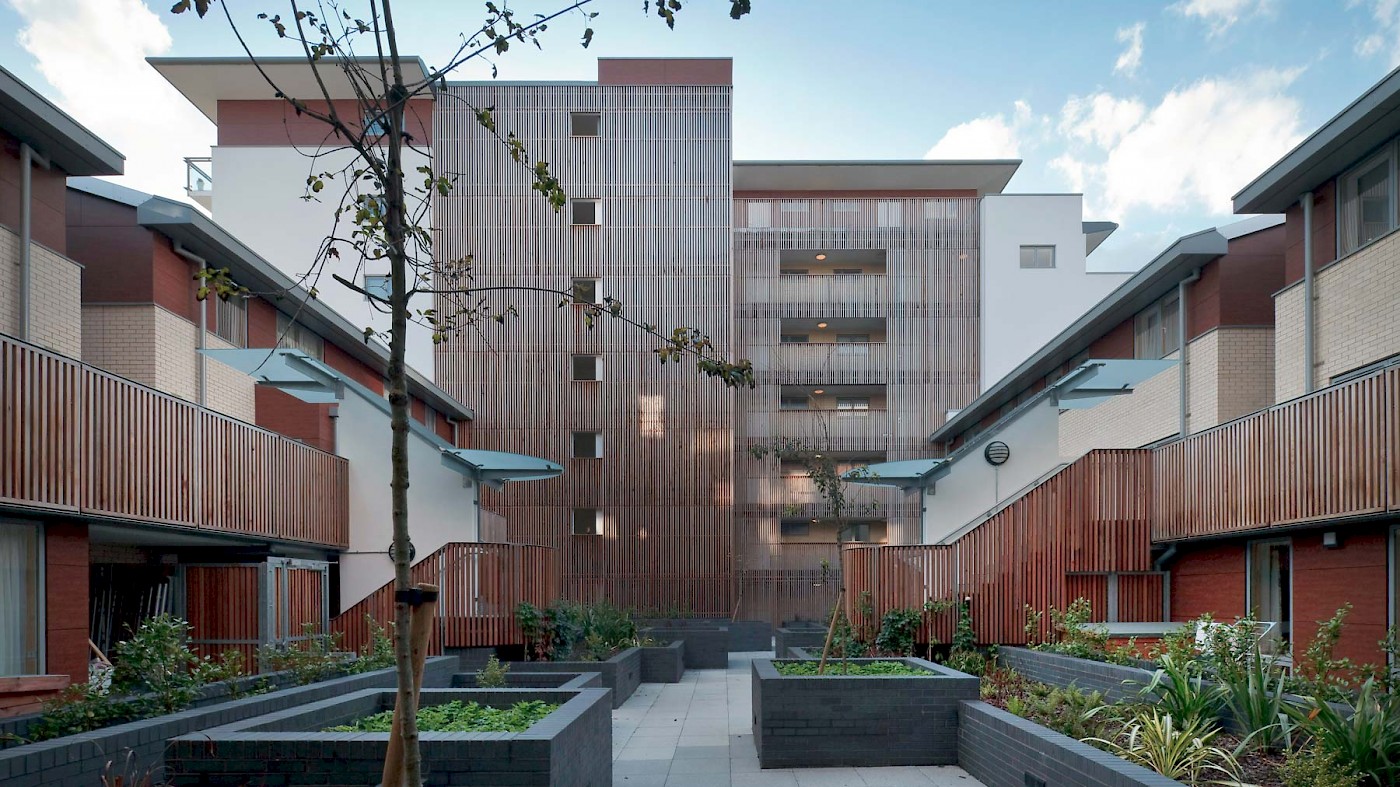 We designed a mixture of private and shared amenity spaces

The medium rise, high density approach has created a distinctive urban neighbourhood. Buildings are designed with tight footprints with central courtyards, interconnected by new and improved streets and public squares. In addition to the 650 new, mixed-tenure homes, there is a range of extra facilities provided, from shops and cafés to GP surgeries and play spaces.

Following this work, we were subsequently appointed to develop two further buildings on the south side of the railway, and both the Bolonachi Building and the Porter Building sit within LB Southwark’s original masterplan. Overall, our work at Bermondsey Spa has transformed this down-at-heel part of London into a vibrant, well-connected one. 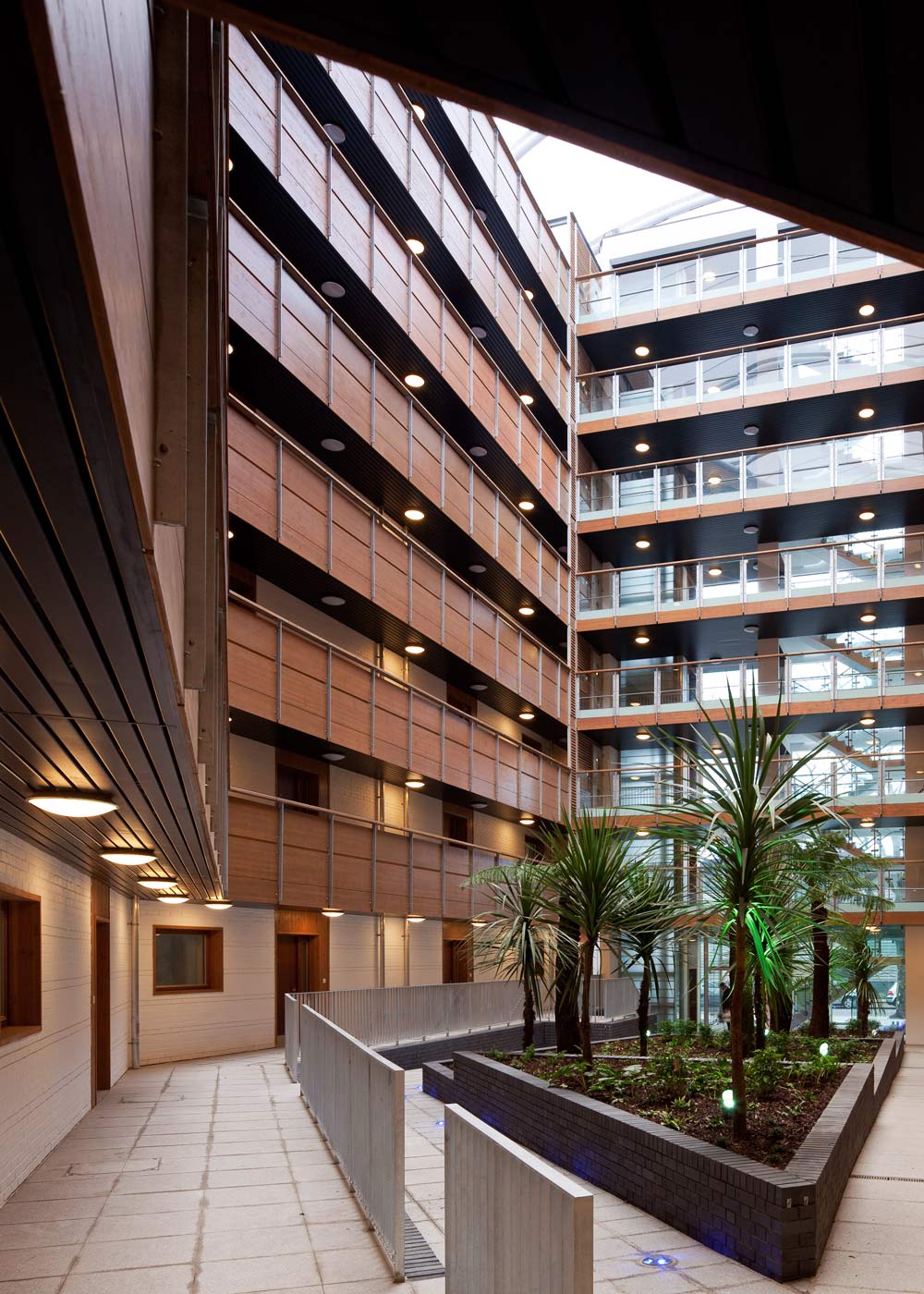 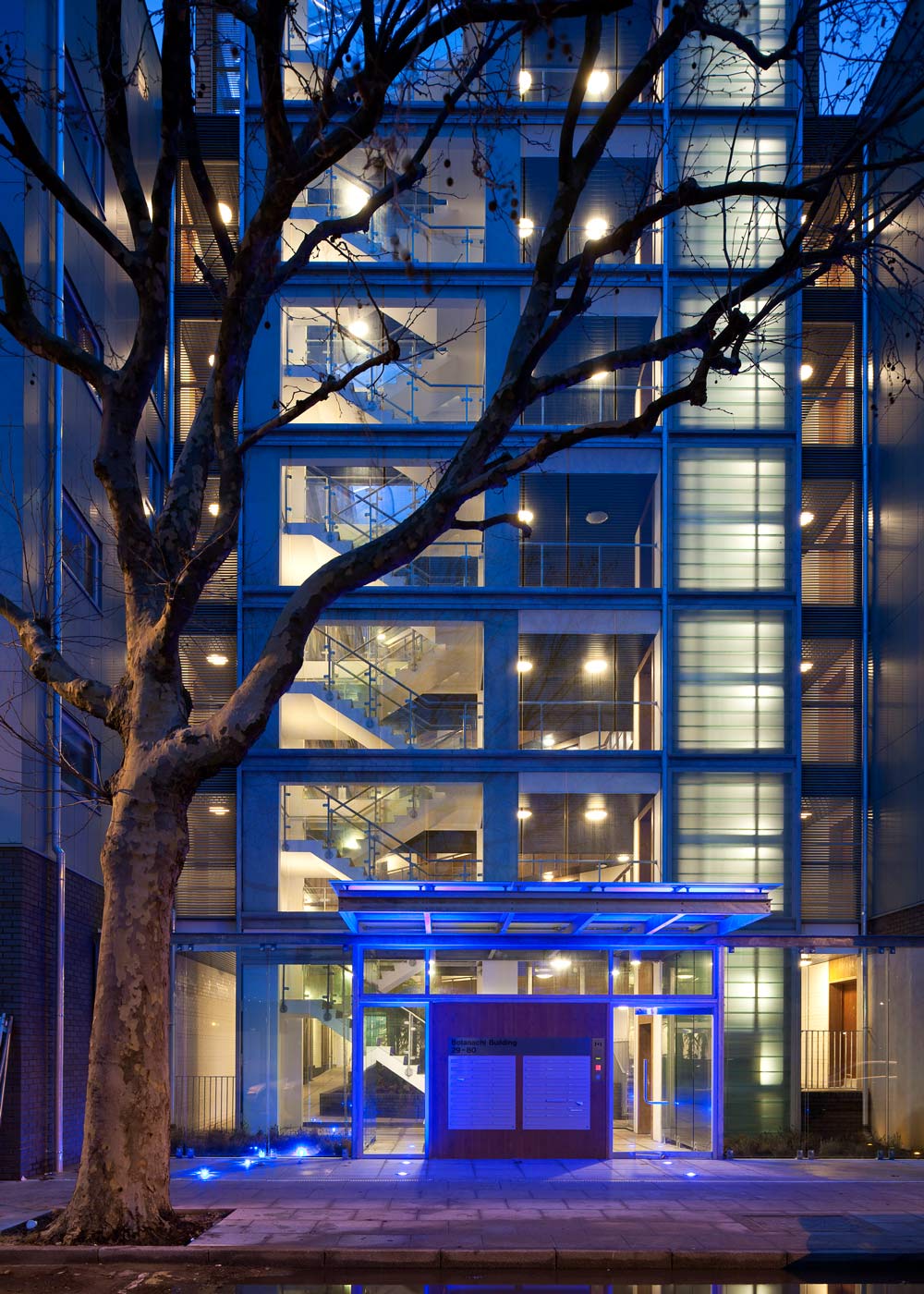