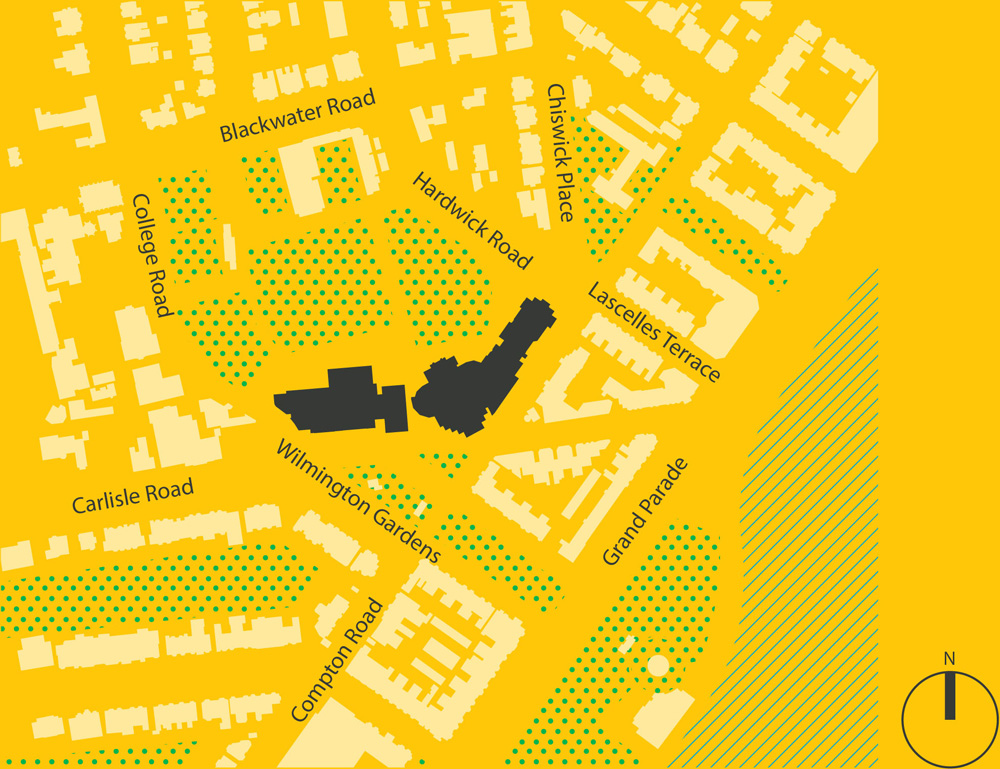 Lovingly restoring and extending a collection of heritage buildings to create a unique and distinctive cultural and sporting destination. 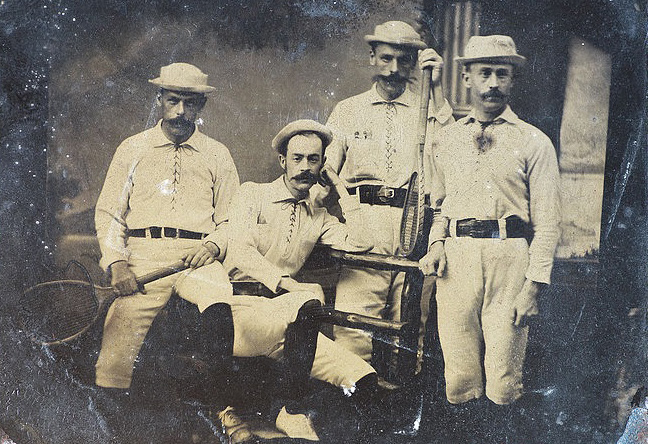 Dating from 1873, Devonshire Park has long been a destination within Eastbourne and for the wider south coast – originally playing host to cricket, tennis, racquets and roller skating for the Victorian middle classes. Now, as well as being home to three theatres, it hosts major tennis tournaments including the women’s warm-up contest for Wimbledon. However, over the years the facilities had fallen behind competitors and were in need of revitalisation.

Eastbourne Borough Council, led by Councillor David Tutt, instigated Devonshire Park’s overhaul, with a view of going much further than simply upgrading the buildings. The vision was for it to become a new attraction for the town – somewhere that visitors can enjoy state of the art amenities and a beautiful landscape. 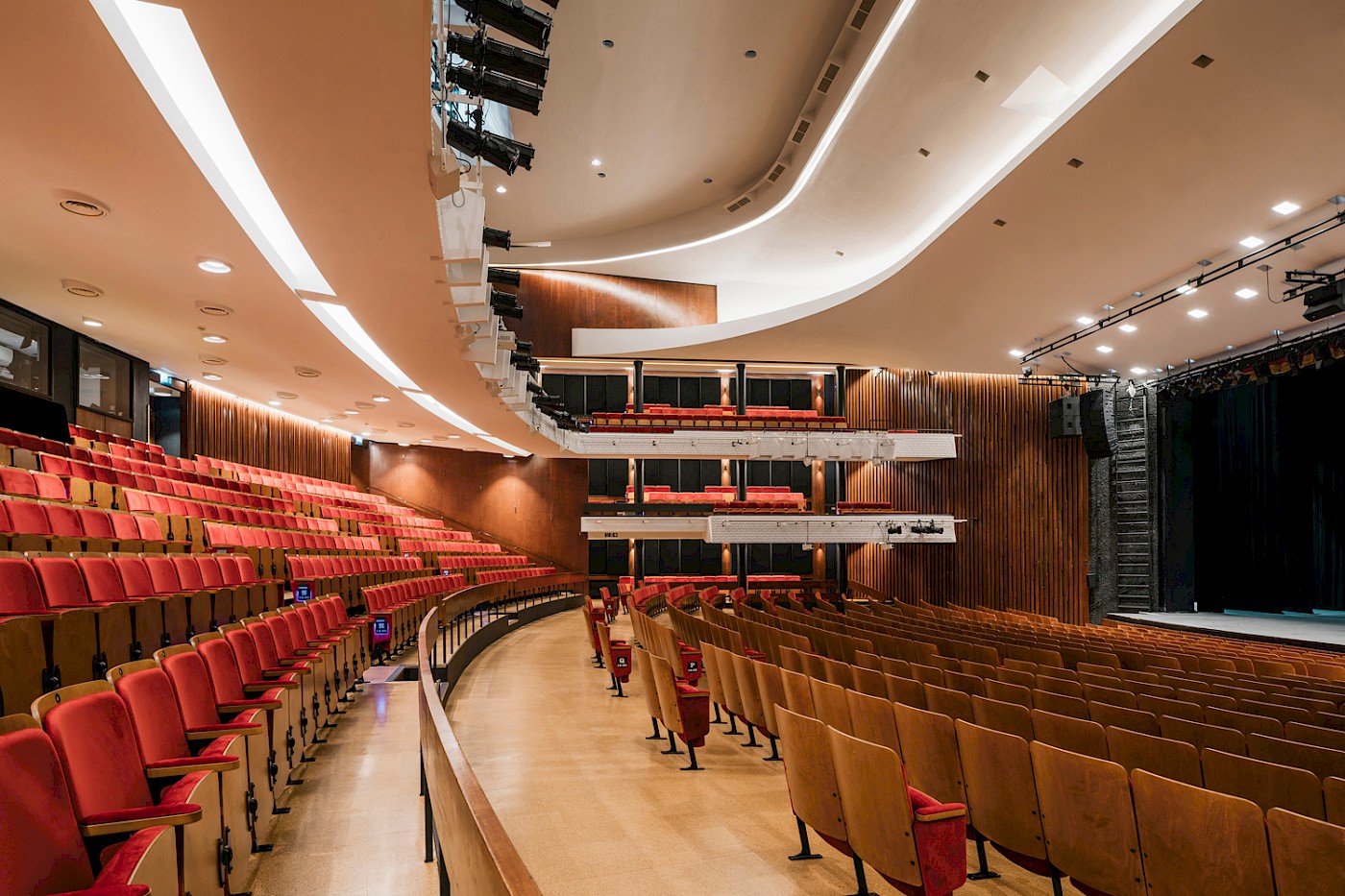 The Congress Theatre, which previously suffered from poor technical performance, is now a state-of-the-art environment for all kinds of productions 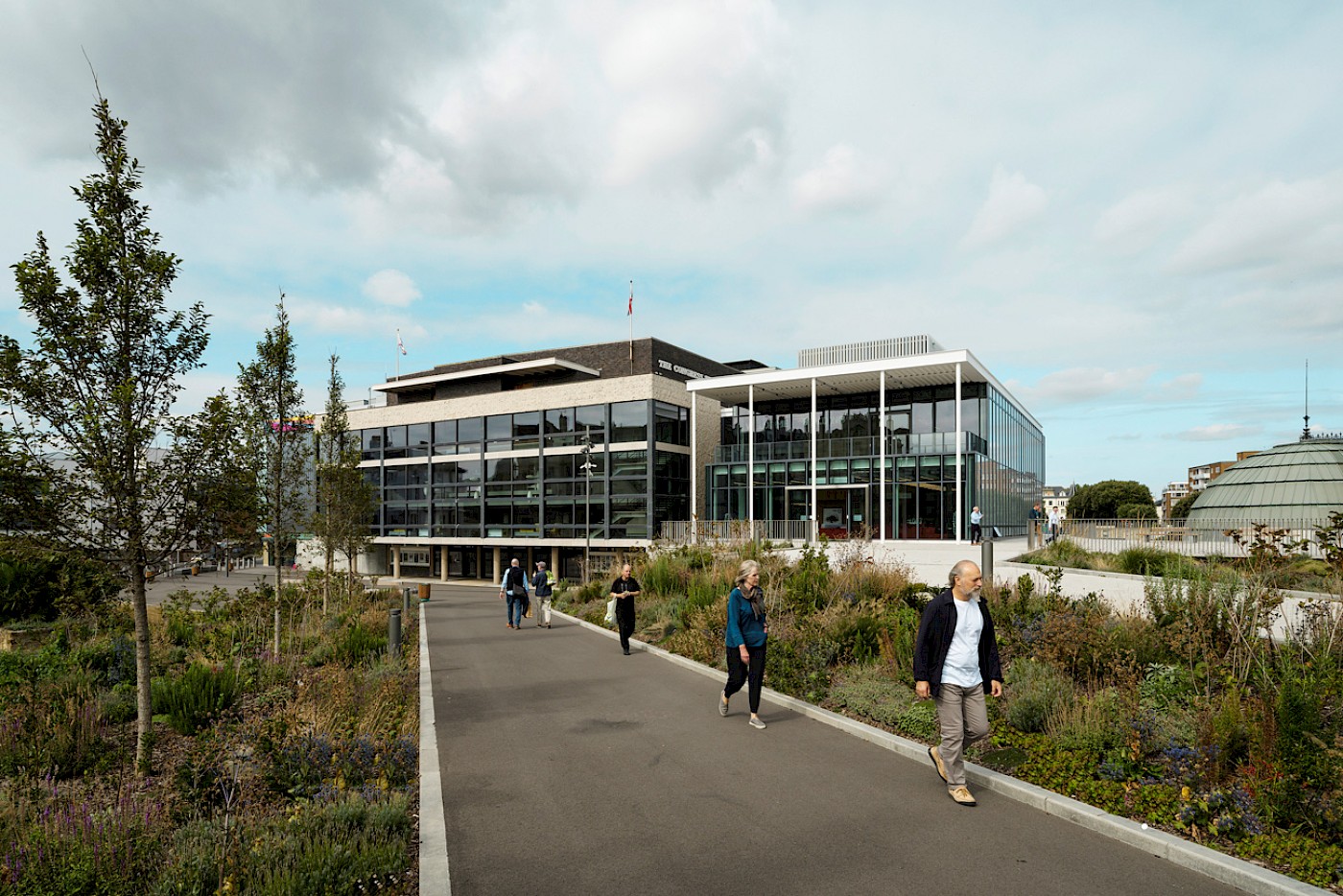 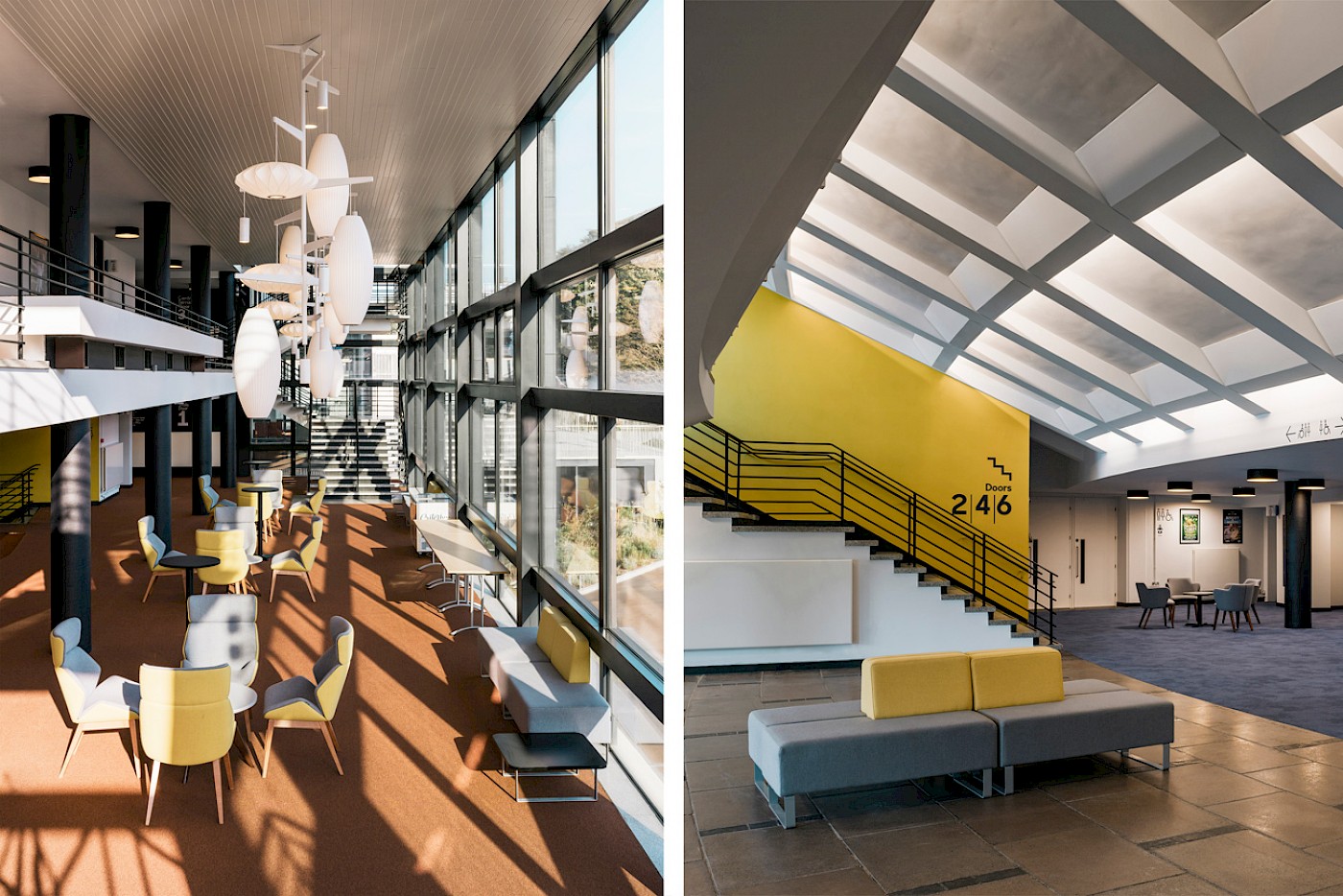 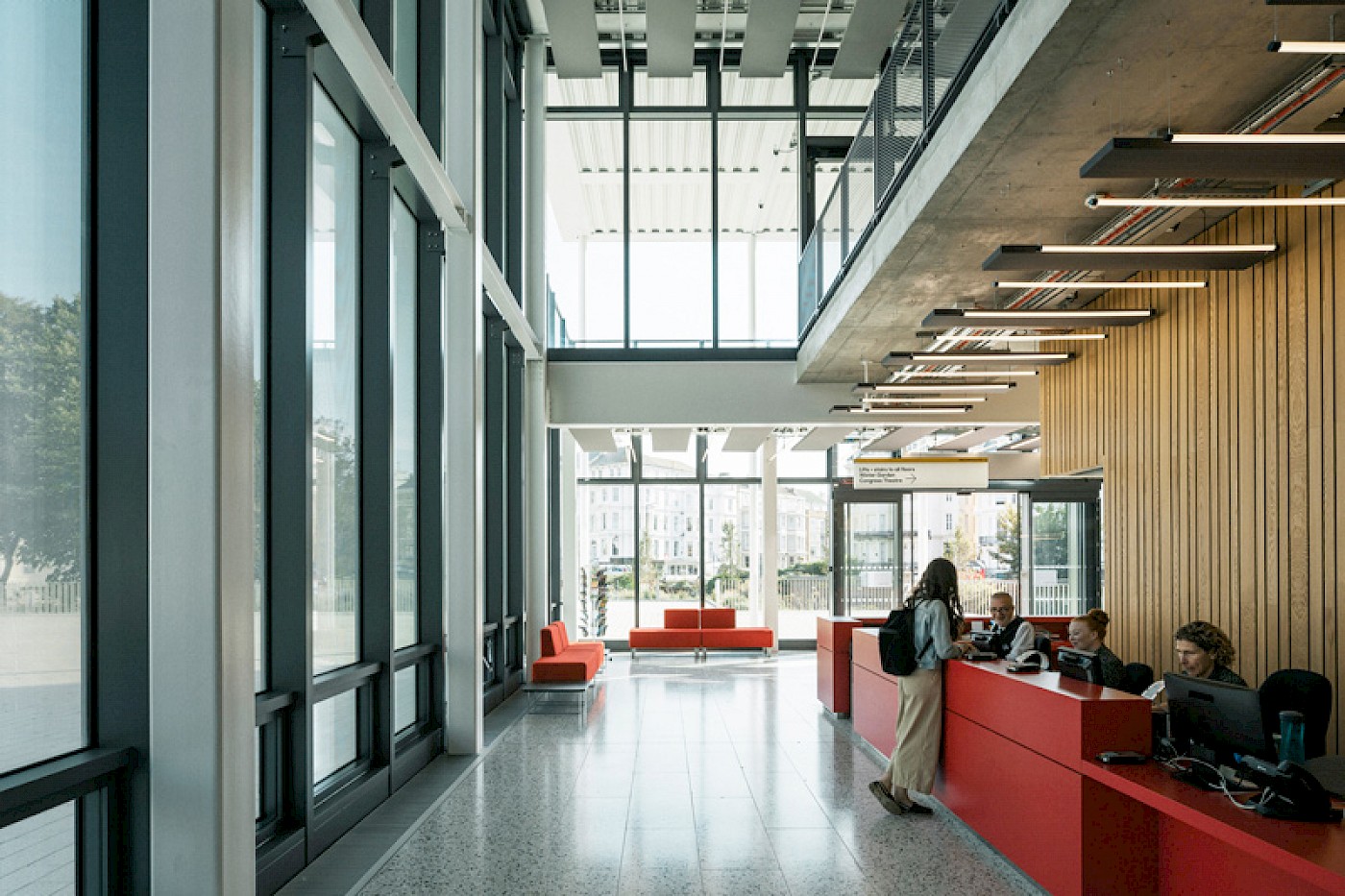 We were invited to participate in a design competition and subsequently appointed to carefully restore the Grade II listed Devonshire Park and Winter Garden theatres and the Grade II* listed Congress Theatre; enhance the tennis facilities and provide a new conference building and public plaza. Throughout, we have sought to preserve and enhance the heritage significance of this unique site, whilst creating modern venues and facilities for performers and their audiences, sportspeople and their spectators. 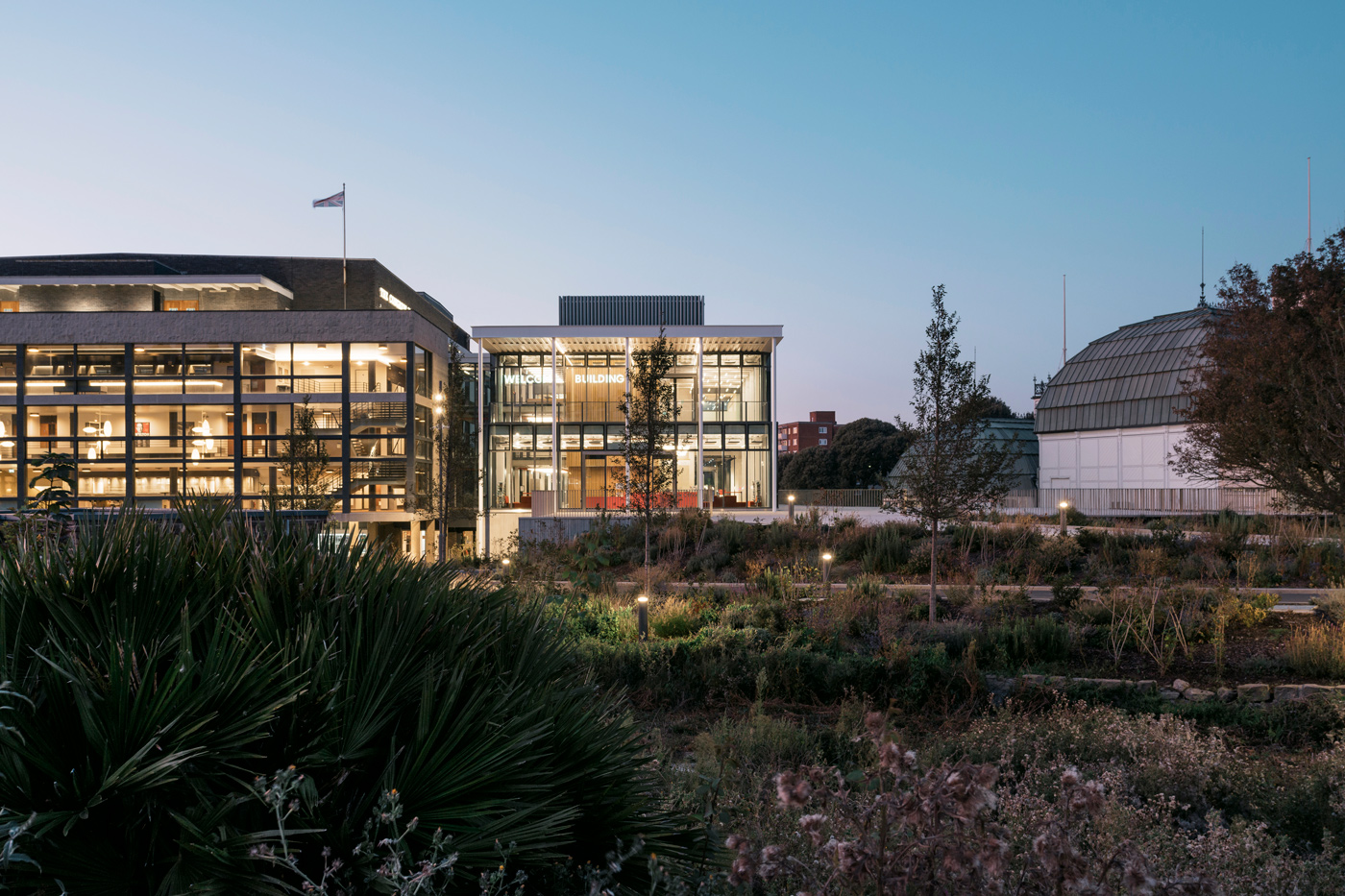 This is an extremely exciting project that will bring more people to Eastbourne, provide even better facilities for residents and support the sustainability of the park for future generations.

Each of the theatres brought their own challenges, from issues of overheating to outdated technology. Working in collaboration with Historic England, we looked at ways these could be overcome without compromising the fabric of the buildings. For example, a new independent stage grid in the Winter Garden theatre will support a programme of amplified music without damaging the historic building fabric. 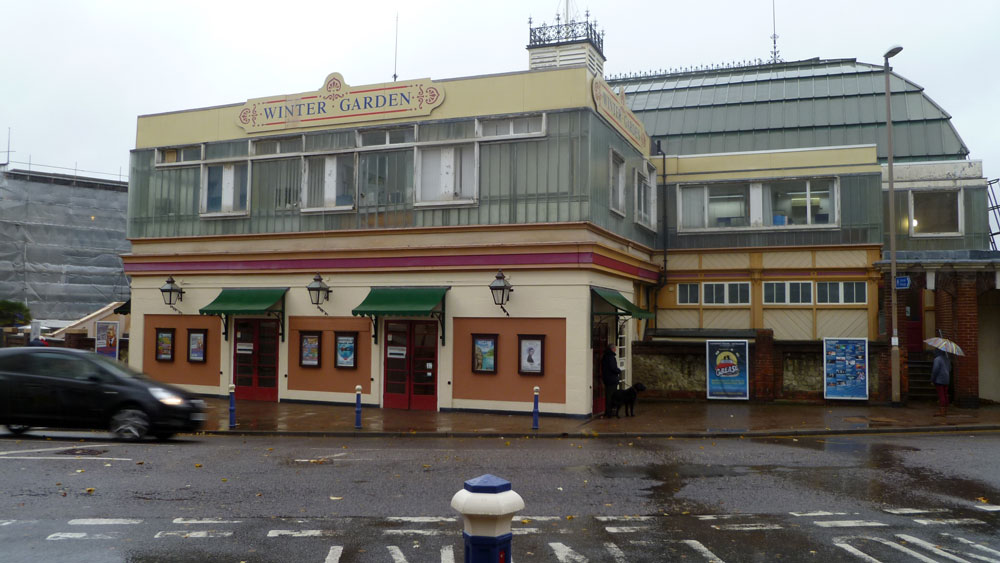 The Winter Garden Theatre, built by the the seventh Duke of Devonshire in 1875, had fallen into disrepair 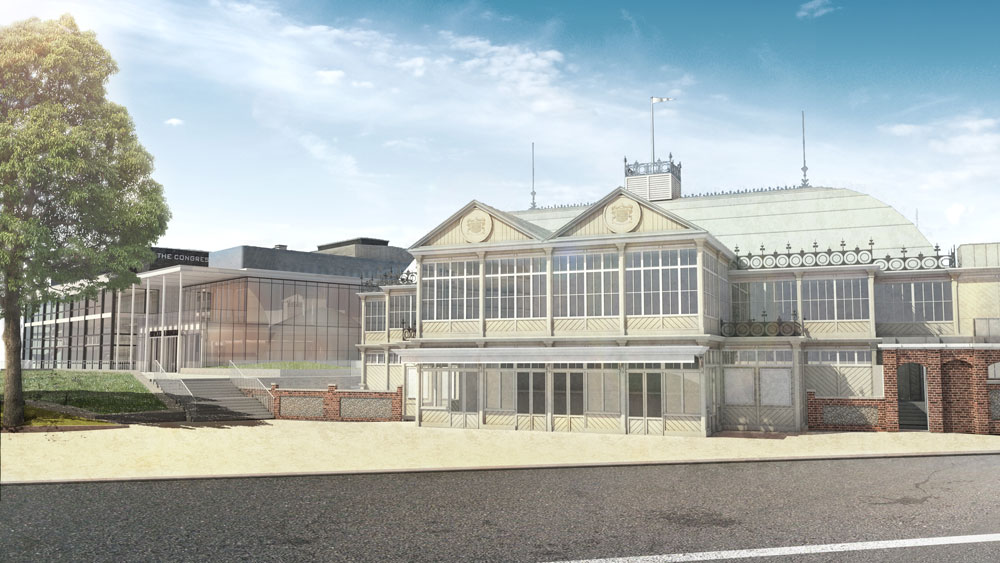 We are currently carrying out the careful restoration and internal modernisation

The new conference facilities sit in a striking modern building, conceived as a pavilion in the park. We were keen to create a distinctive venue, and being in such an unusual environment means it is anything but a corporate blank canvas. 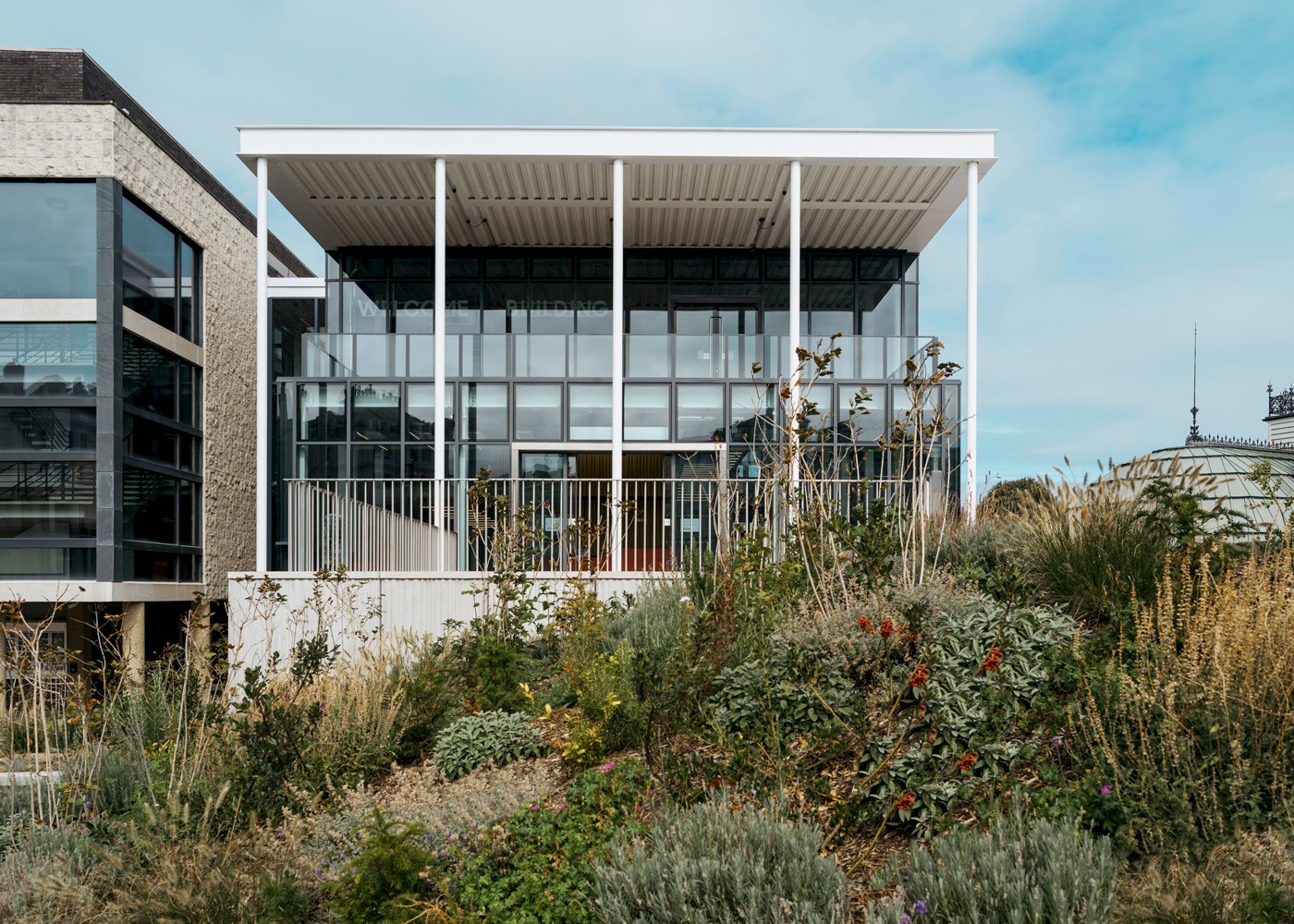 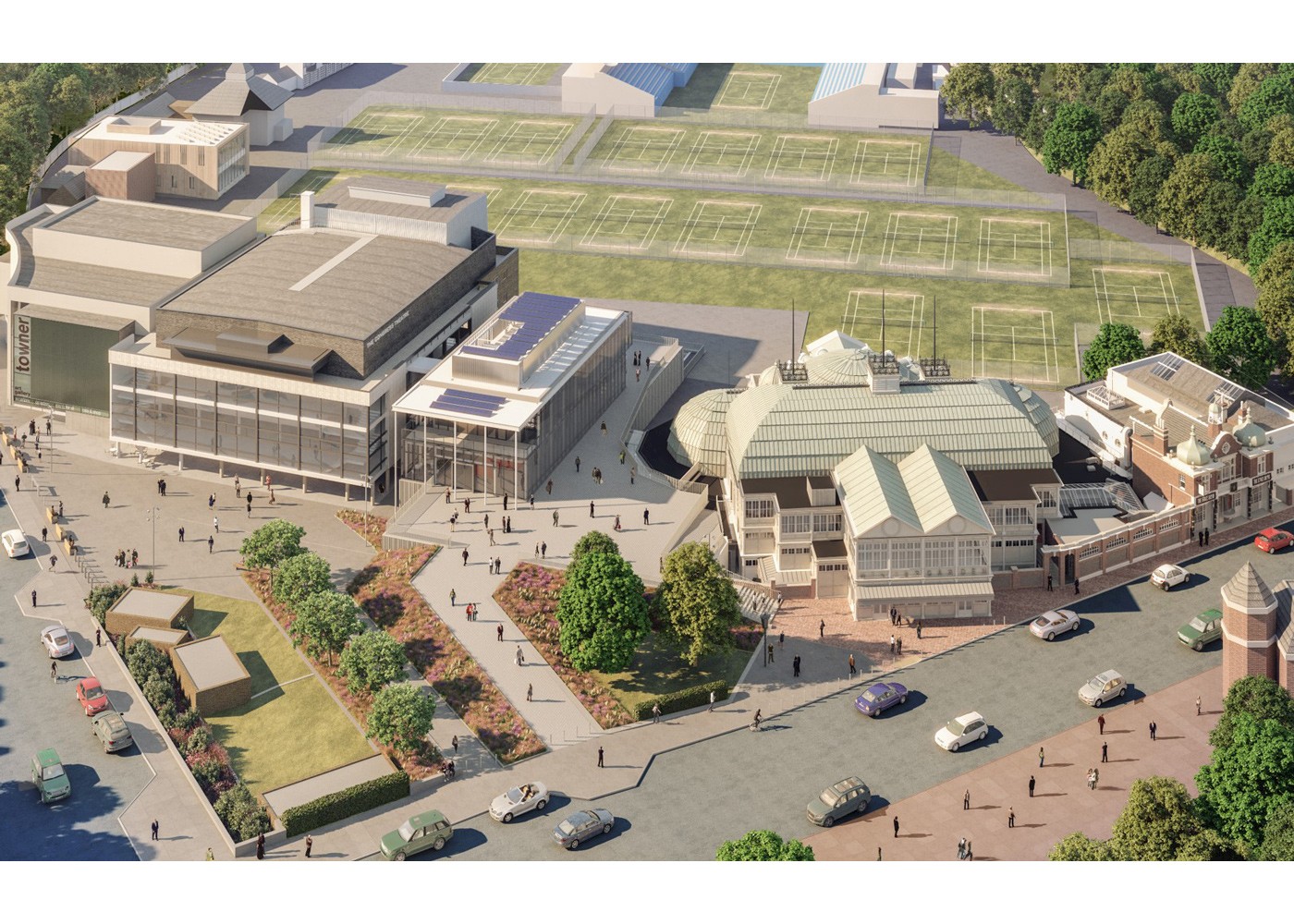 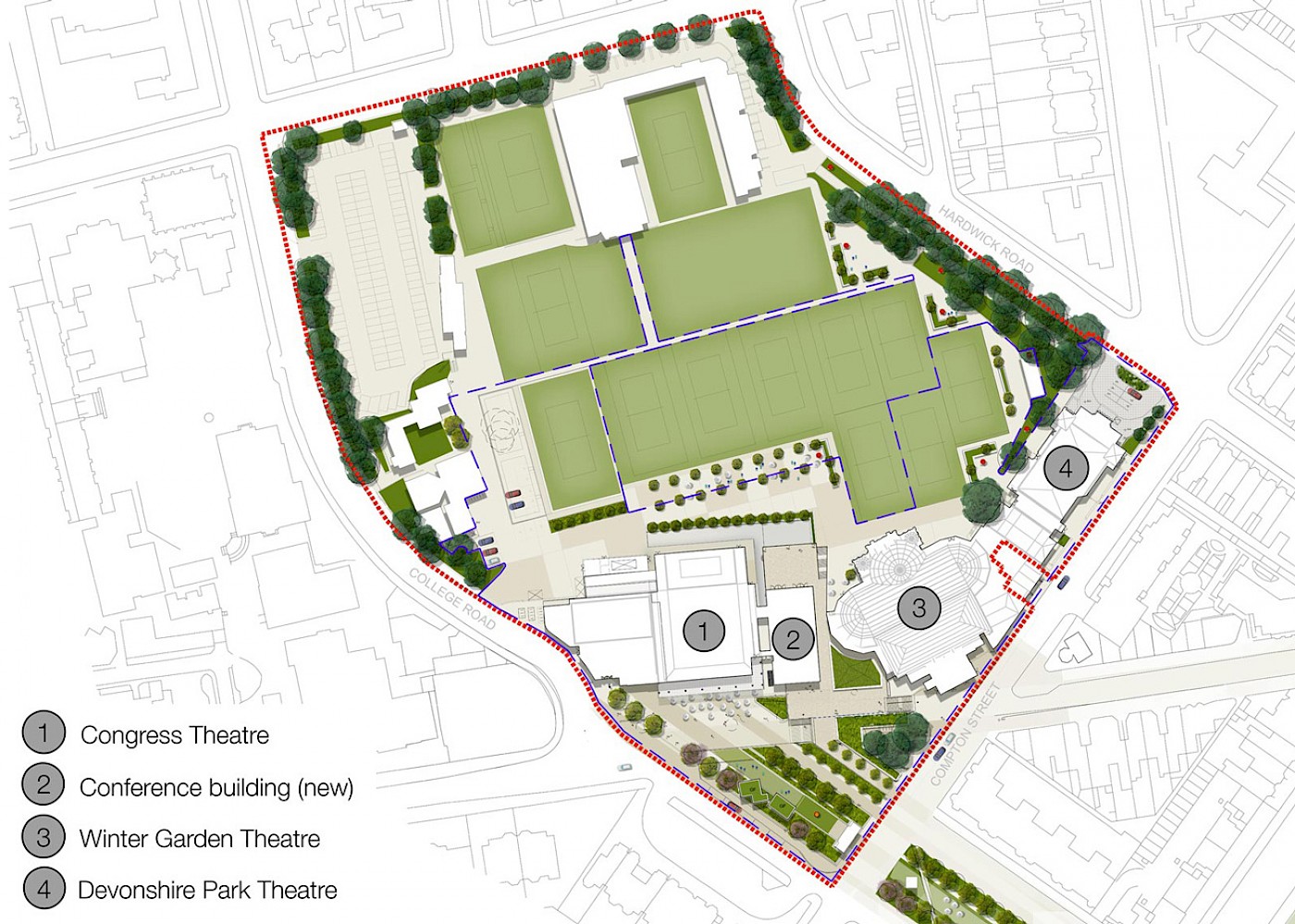 The development of Devonshire Park is a wonderful project for us that unusually combines our skills in masterplanning, landscape design and work with listed and new buildings in a heritage context.

Our landscape masterplan introduces a new public plaza in front of the theatres with an outdoor café and increased planting – reinforcing the parkland setting and strengthening connections with the seafront and town centre.

Considering the works were entirely publicly funded, Eastbourne Borough Council had to be certain of the project’s value throughout. The new and improved theatres will be more profitable, the conference spaces will provide a new revenue stream and the staggered construction programme means other areas of the park can stay open for business – especially important around tennis and panto season.