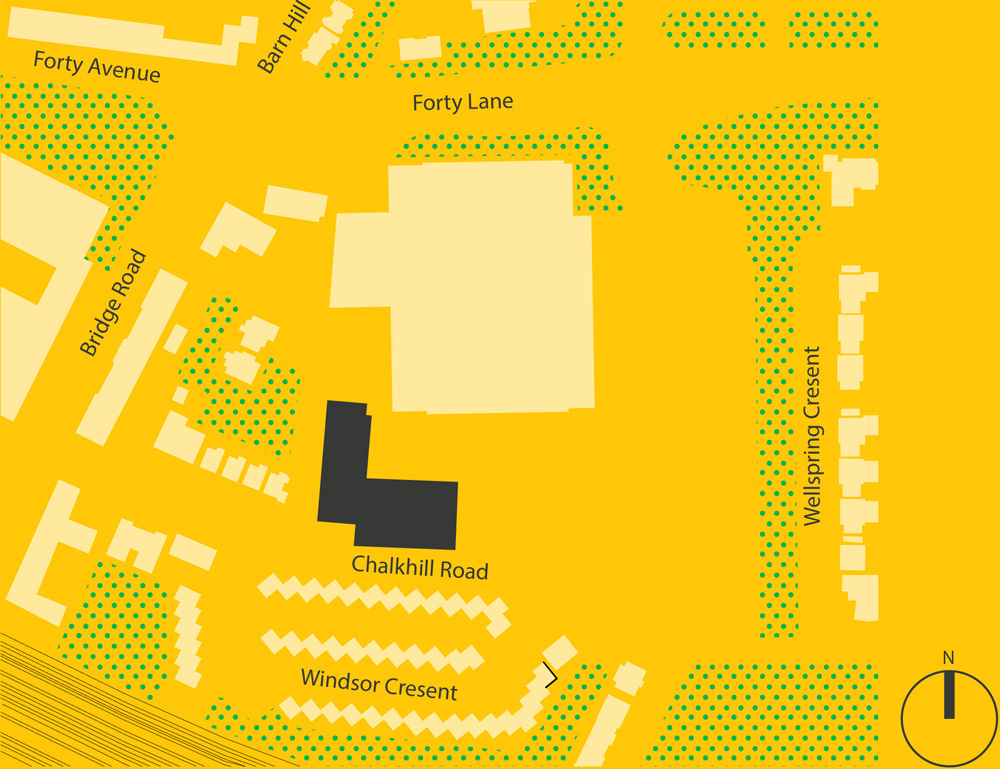 The final piece of regeneration for the Chalkhill Estate – providing valuable facilities for the local community.

Brent Council’s vision for the Chalkhill Estate, completed in 1970, was based on the ideas developed at Park Hill in Sheffield. There would be about 1,650 homes, constructed using the “Bison” system of pre-cast concrete panels, arranged in blocks of flats linked by walkways to establish a community of around 5,000 people. Despite initial optimism, the estate did not deliver the modern community living planners had hoped for and by the 1980s it had gained a bad reputation for crime and drug problems. Locals became very vocal in their desire for the estate to be transformed as others across the capital had been.

Once we were on board, a resident steering group was established to understand how the estate could be improved with their needs in mind. On the original site, community space was seriously lacking. A youth centre was formed from part of a multi-storey car park and GP surgeries were in the bottom of tower blocks with poor access, security and facilities. We discovered an enthusiasm for bringing all of these essential services together in one place. Our brief was then to design and deliver a building that could serve its community and become a new focal point for the estate. 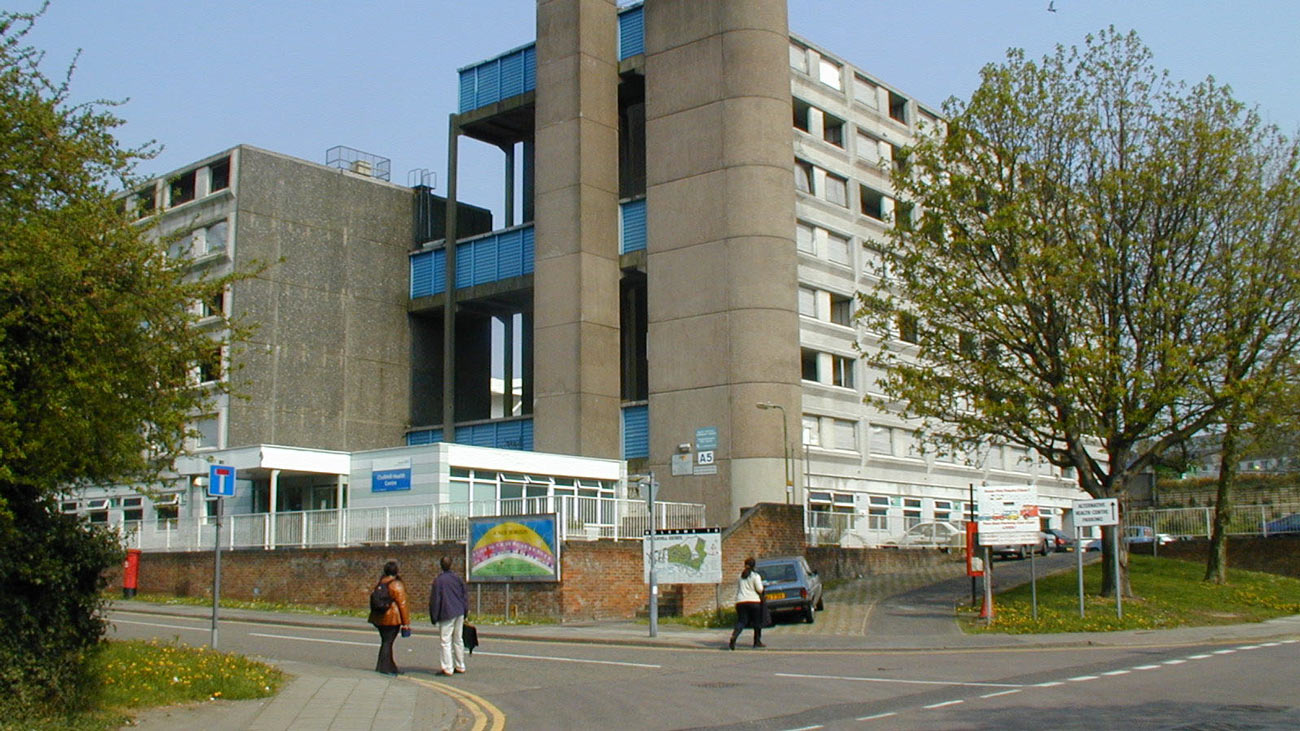 The existing building and fractured streetscape 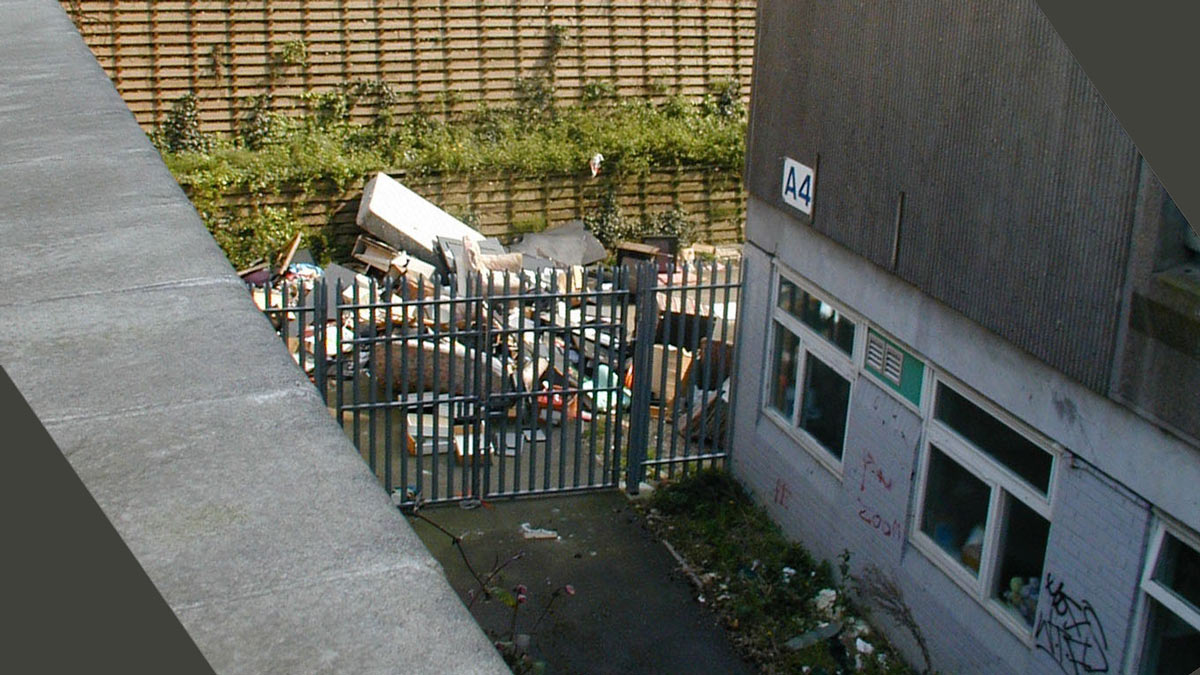 As well as local residents, we worked closely with GPs and the office tenants throughout to design bespoke spaces suited to their particular needs. We held separate design workshops with each group, before bringing them all together to ensure the new building worked holistically.

This new community building was a fundamental aspect of the wider estate regeneration, which we completed with Metropolitan Housing Trust (MHT) and George Wimpey. Our approach focused on the major refurbishment of low rise homes dotted around the estate, new infill buildings to help with decanting residents, and above all, a masterplan of new homes and non-residential facilities based around a more traditional and legible street pattern. 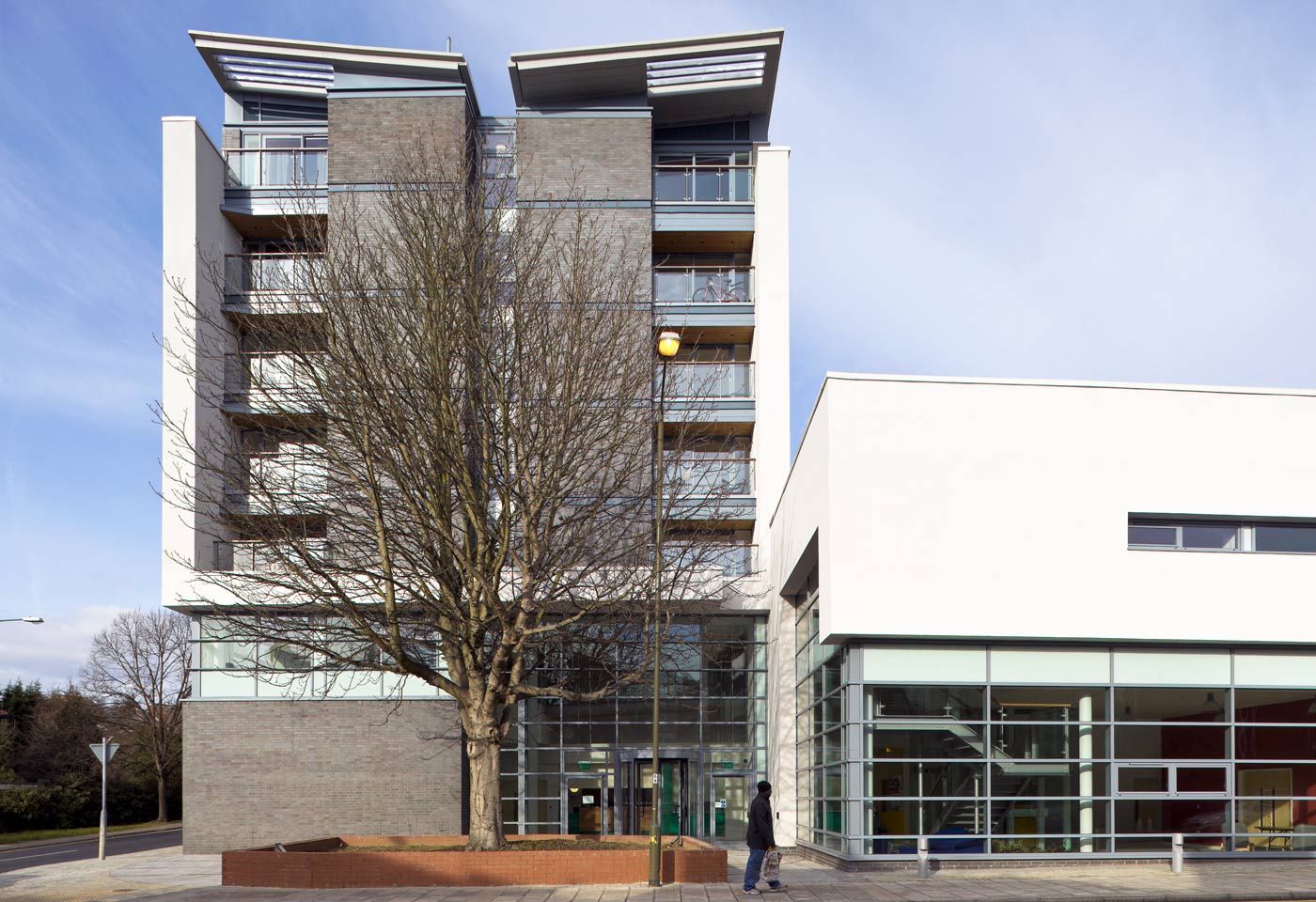 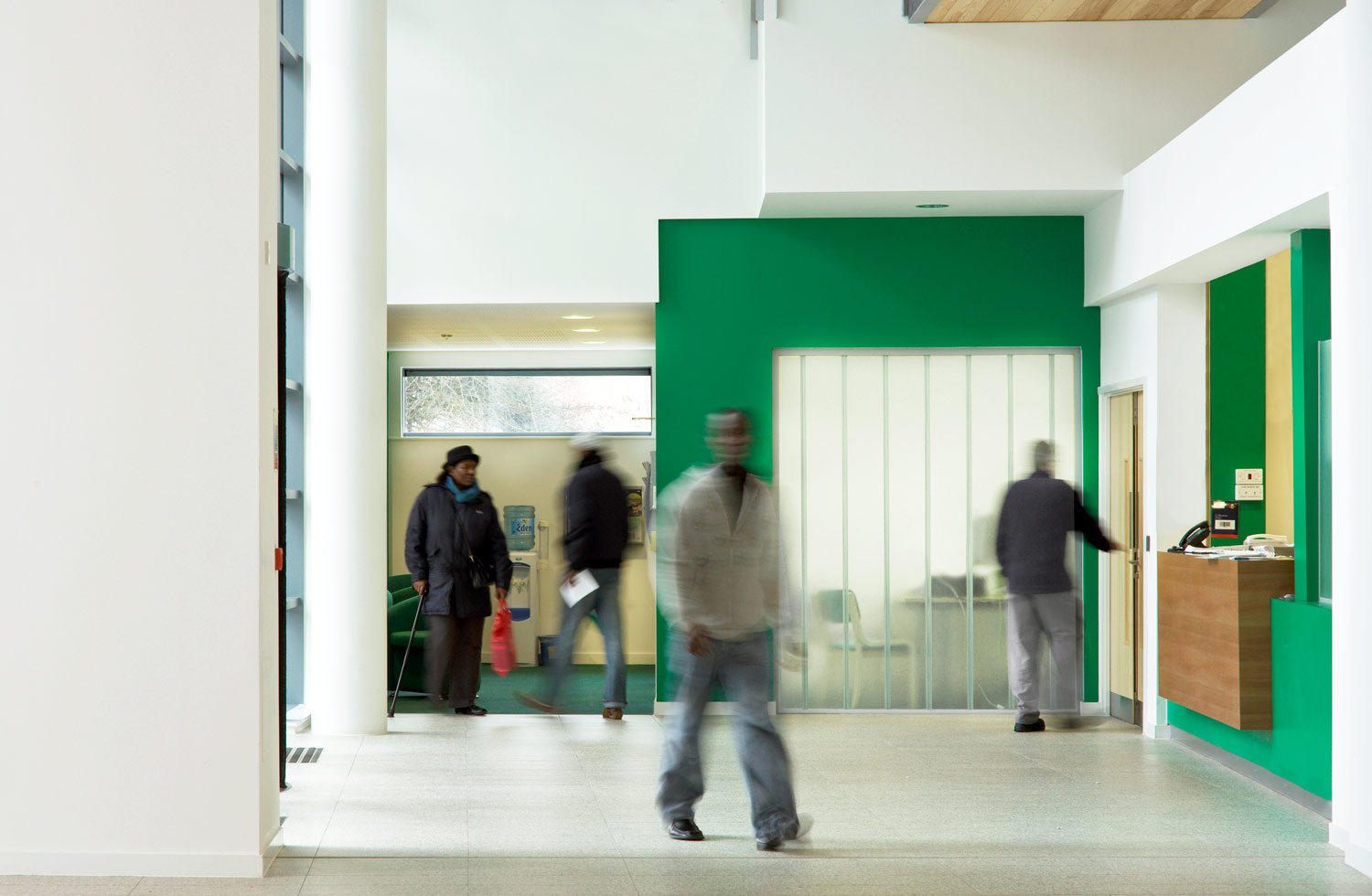 The Welford Centre gives the Chalkhill residents something back, where they’d previously had so little for so long. 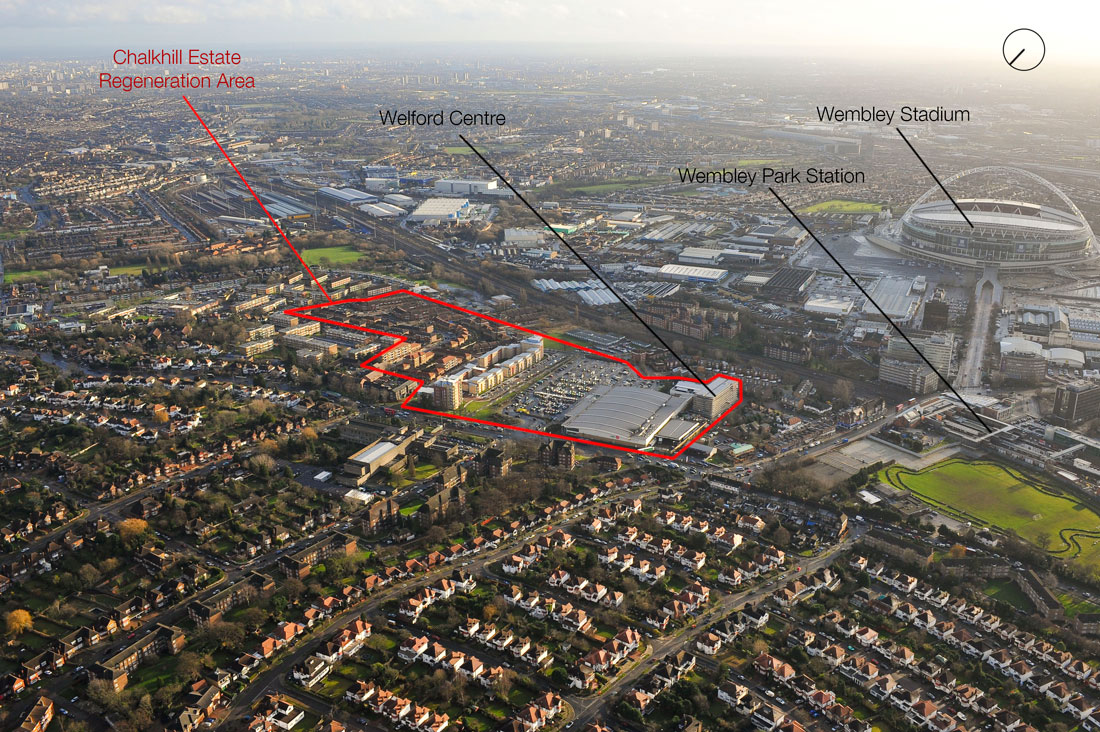 We identified a site for the new Welford Centre that was previously home to a ten storey residential building. Its lack of street presence and abundance of hidden, unsafe areas encouraged anti-social behaviour and made it a very unwelcoming place to live, visit or even pass by. However, its location on the edge of the estate meant the new community centre could act as the gateway to the new regenerated neighbourhood and act as a beacon to the wider area. In practical terms, it also meant it could be easily delivered as the final phase of the redevelopment programme.

Residents really appreciate the quality of the facilities provided… I have no doubt that this building will serve the local community for many years to come.

The resident steering group was influential in informing the design proposals of the new Welford Centre. Activities provided in the completed building are as a direct result of its input, and include a café, exhibition space, medical centre, two multi-purpose halls and a number of other flexible spaces to accommodate anything from small meetings to group exercise classes. New homes were also provided above these facilities to subsidise the community spaces. 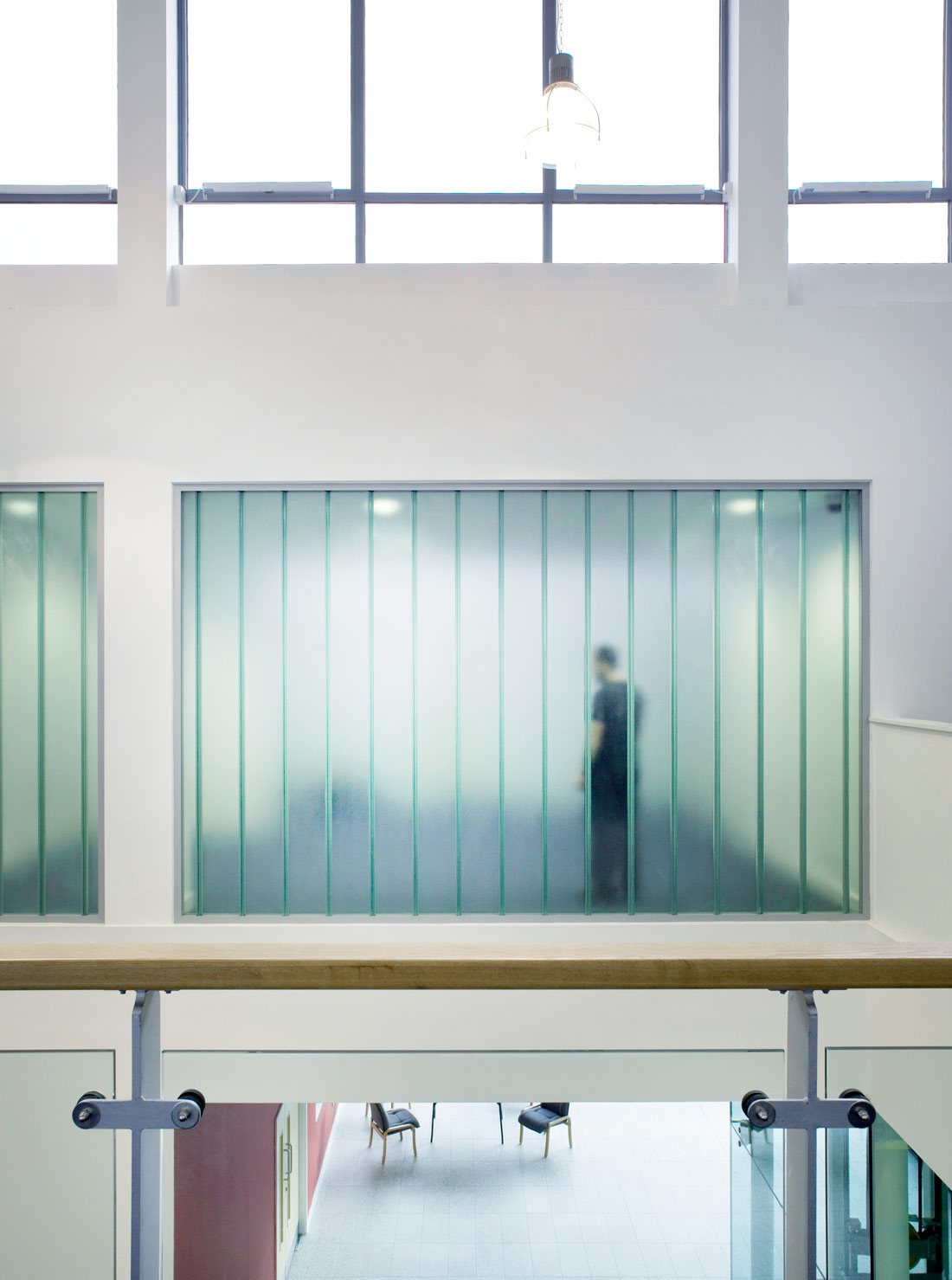 A significant aspect of the design is the relationship and interaction between the different spaces within the community hub. Each of the elements have different access and security requirements, for instance, the GP surgery needed to be relatively private and be able to ‘close’ after hours, whereas the multi-purpose halls needed to be easily accessed and open around the clock.

Consequently, we devised an L-shaped building footprint where each wing provides a distinct function. On the ground floor, the large central atrium opens up to the café and community facilities on the east wing, whilst MHT’s offices are in the west wing with the residential cores at either end. Upstairs, the new GP surgery, dental practice and clinic sit in the east wing, with the administrative functions for each of these elements located in the west wing. This separation of public and private has been key to the building’s success.

The Welford Centre completes the regeneration of the Chalkhill Estate to provide residents with the facilities they needed and wanted for so long. It is a true community resource, where people can go for lunch, visit the doctor and take part in an exercise class, all in the same building.