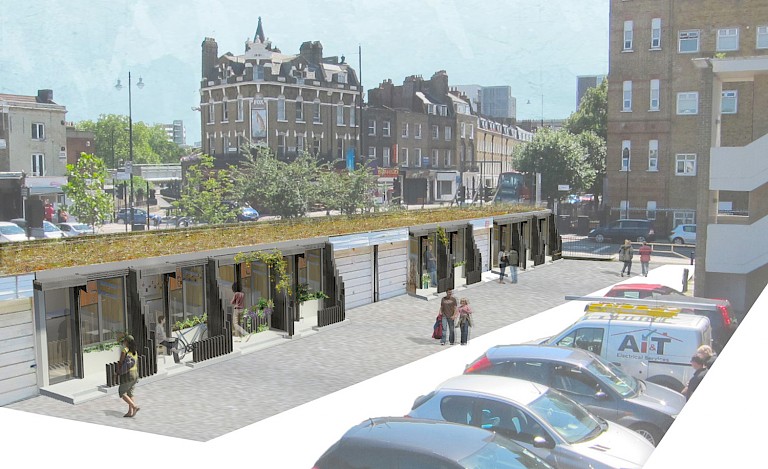 Pop-up HAWSE is an initiative to address short-term homelessness in London by providing temporary ‘meanwhile’ homes. Developed for a Building Trust competition, the principle is to temporarily inhabit disused garages on existing housing estates. Our brief was to design a single person urban dwelling for under £20,000, and our concept was announced as the outright winner from over 400 entries.

The HAWSE units are inexpensive to produce, manufactured off-site, delivered as a kit of parts and after their useful life, the components are demountable and reusable. The idea is also to benefit local communities further by using local labour and apprentices. We have received a strong wave of interest and support from developers, local authorities and individuals enabling us to develop the concept on a variety of sites across London.

“The principle behind HAWSE, to make best use of space by rapid and cost-effective conversion, whilst creating something that is of genuine use to the people of a town or city, fits perfectly with the ideals and efforts of Meanwhile Space." Eddie Bridgeman, Meanwhile Space CIC.