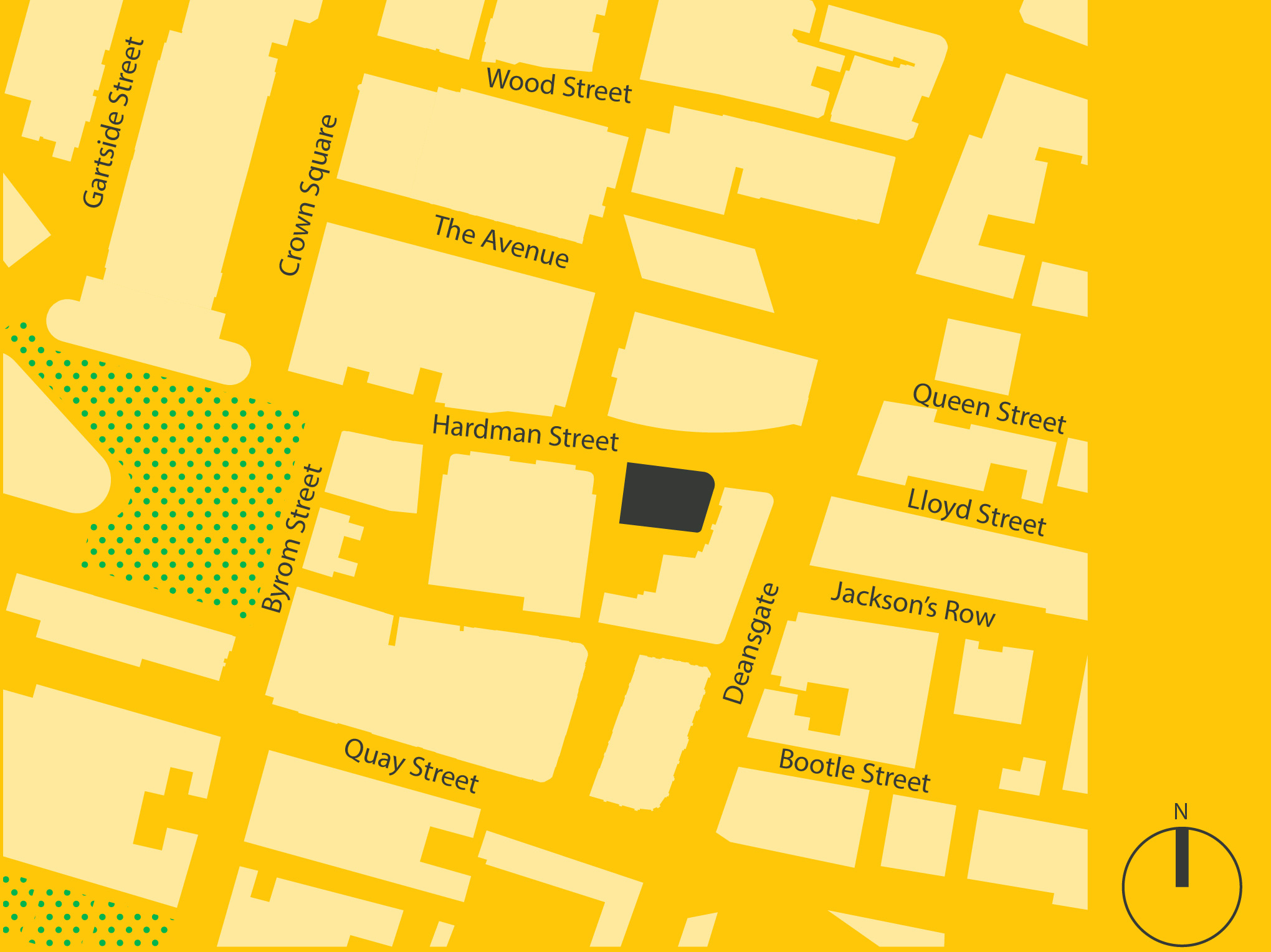 The jewel in Manchesters' Spinningfields’ crown – a striking office building delivered on a shoestring budget.

We were first approached by Allied London, with whom we had rejuvenated the iconic Brunswick Centre, to enter a competition to design No. 1 Hardman Street. At the time it was a small, restricted but prominent infill site, surrounded by glass office blocks within the vast Spinningfields development. Led by Mike Ingall, their vision was to build innovative office space that was eye-catching and full of character to attract Manchester’s burgeoning creative businesses. 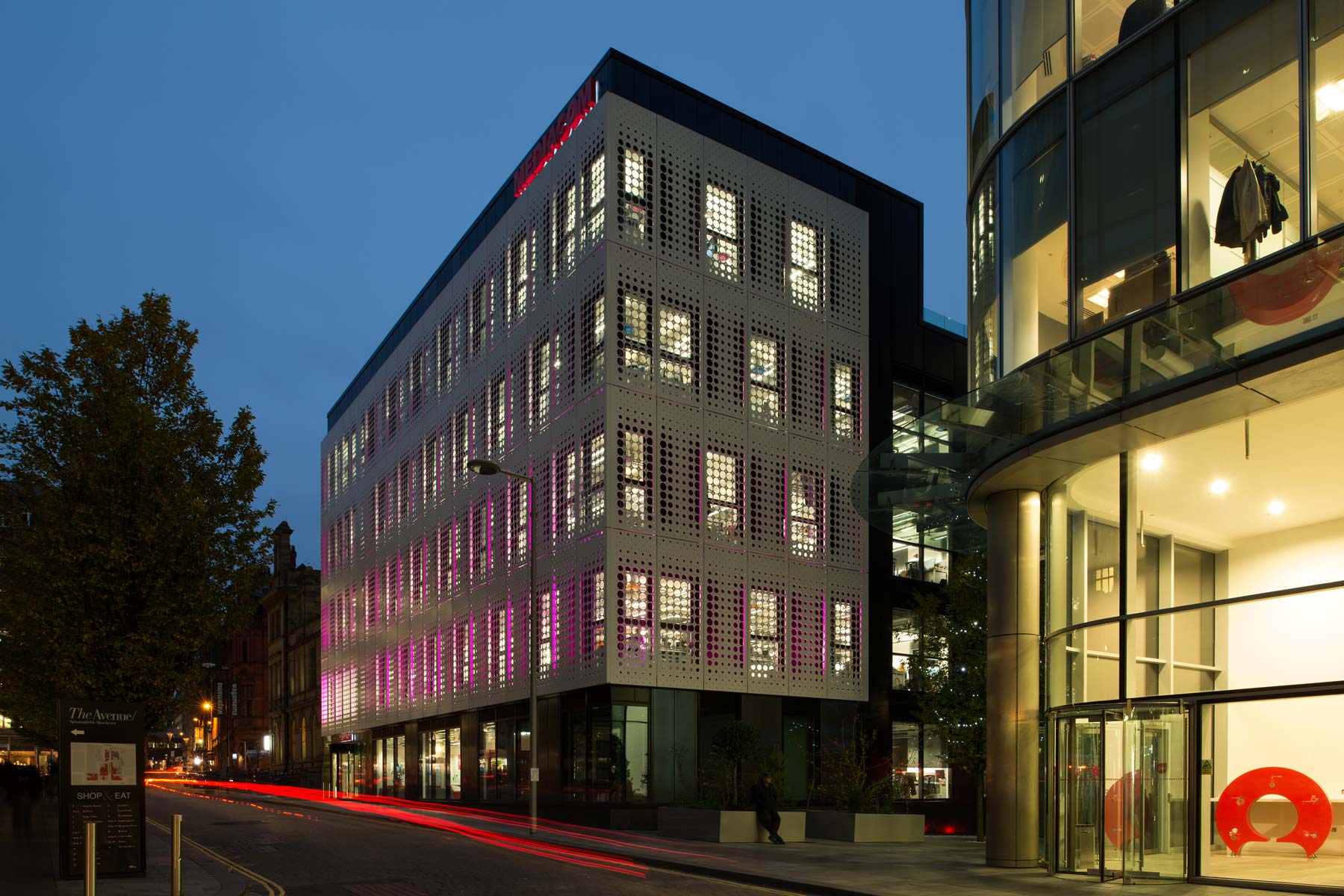 The building is a bold new addition to the streetscape 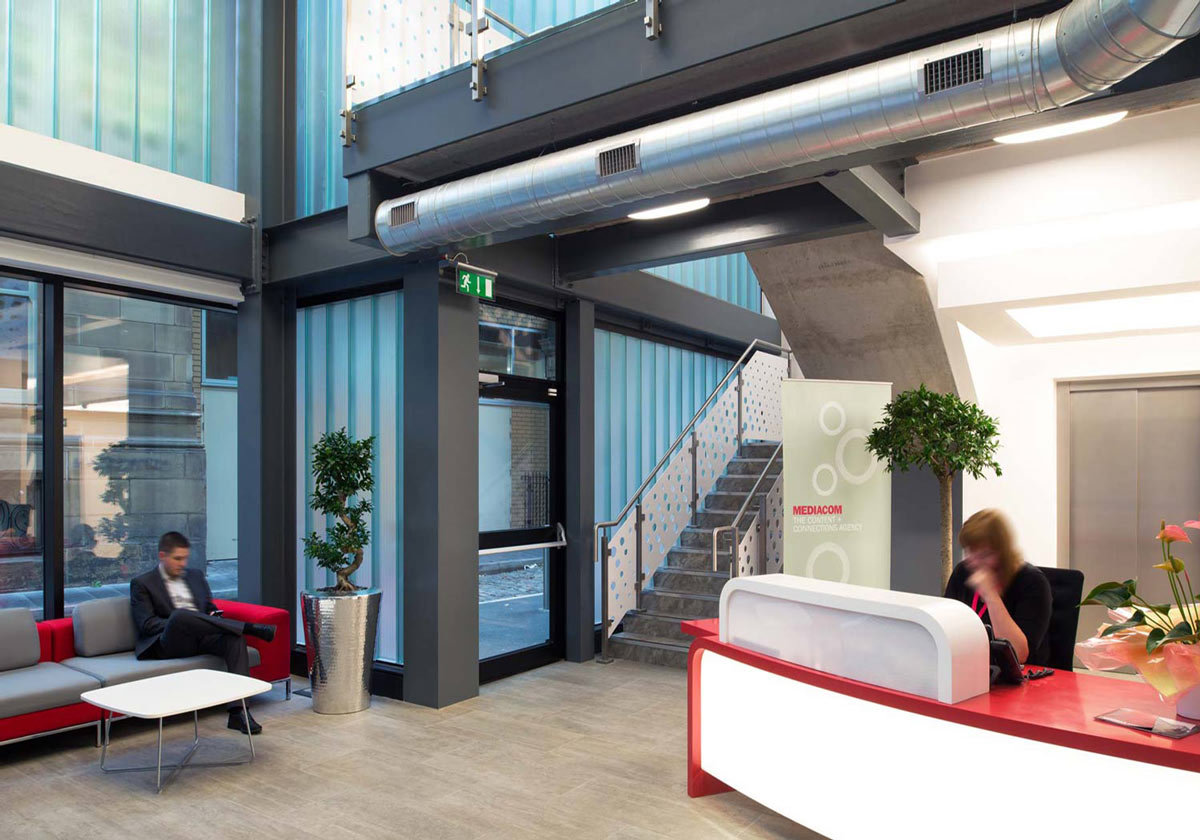 We worked with Mediacom throughout the design process

Unusually, we were able to work with the building’s operator as well as the developer. Mediacom came on board early – having struggled to find office space in the city, they were excited by the prospect of having their name above the door of a brand new development. Signing up so early allowed them to be very involved in the design process, working alongside Allied London and ourselves to transform this blank canvas into their own attractive and functional working environment.

However, not long after planning permission had been granted, the recession hit and all work stopped. Once the economy picked up again in 2012, like many other projects at that time, the focus was to get the building finished as quickly and efficiently as possible.

The building is the final piece of the Spinningfields puzzle – a dazzling office that is anything but corporate and proof that designing on a budget can still create something unusual and inventive. 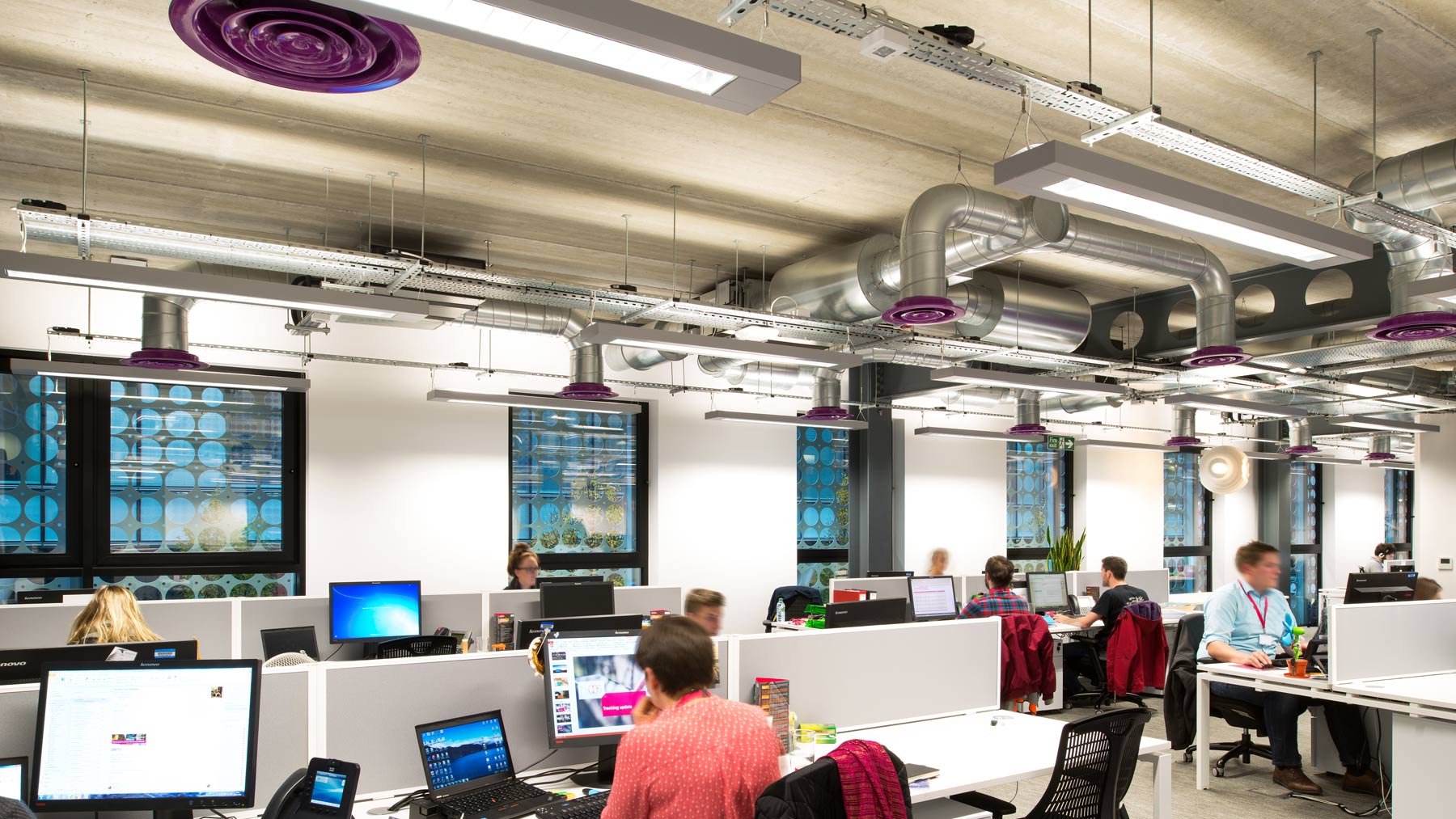 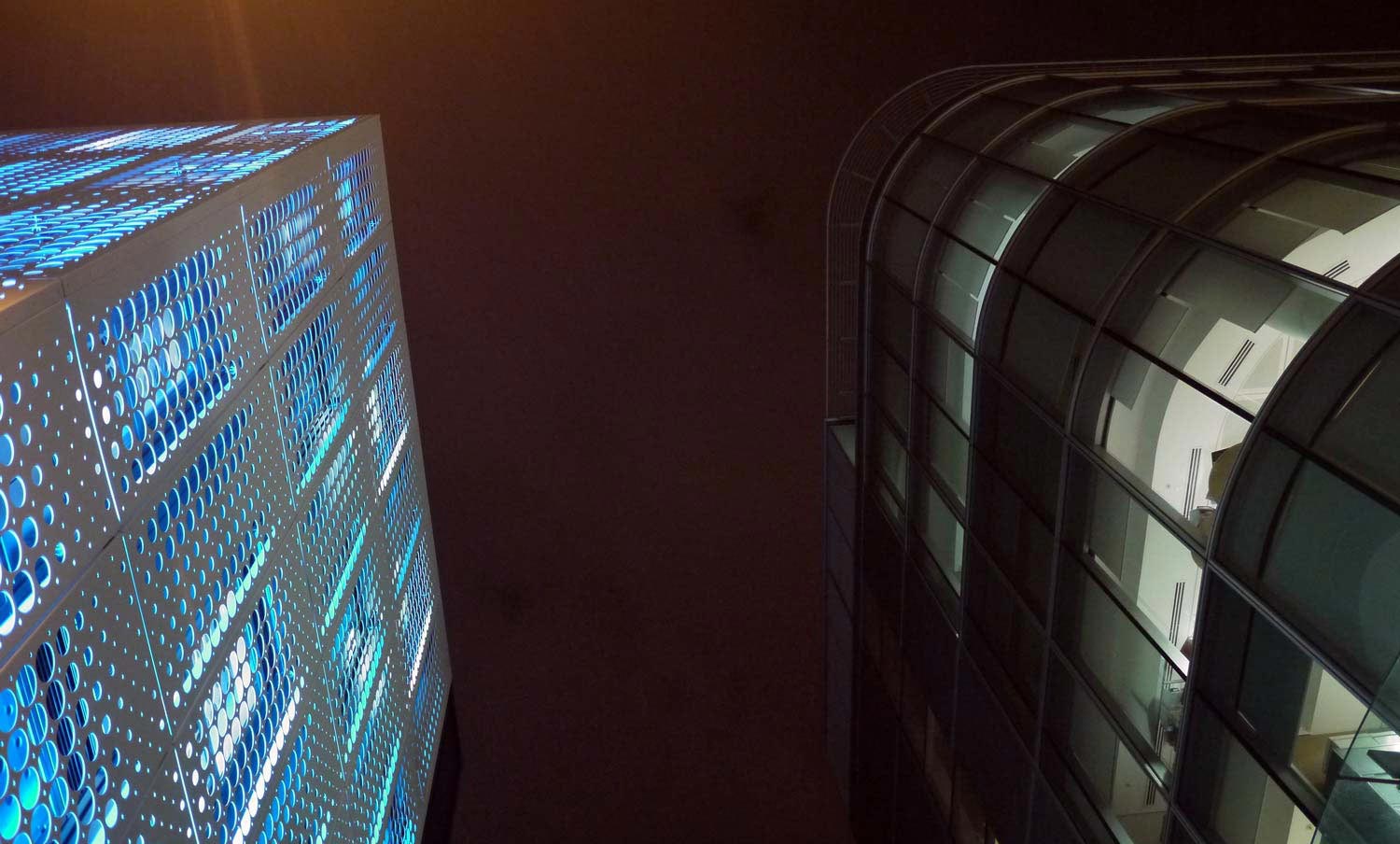 The innovative facade is striking both day and night

Being flanked on all sides by glass office blocks, we wanted to take a different design approach. We developed a very simple, cost-effective frame with a more elaborate skin sitting over the top. Wrapping around the building, this powder-coated aluminium screen has laser cut circular openings, revealing a contrast with the simple black panels sitting behind it. Illuminations are also projected onto the screen, creating more interest at street level. Inside, the exposed steel structure, services and concrete soffits create a raw, industrial aesthetic. 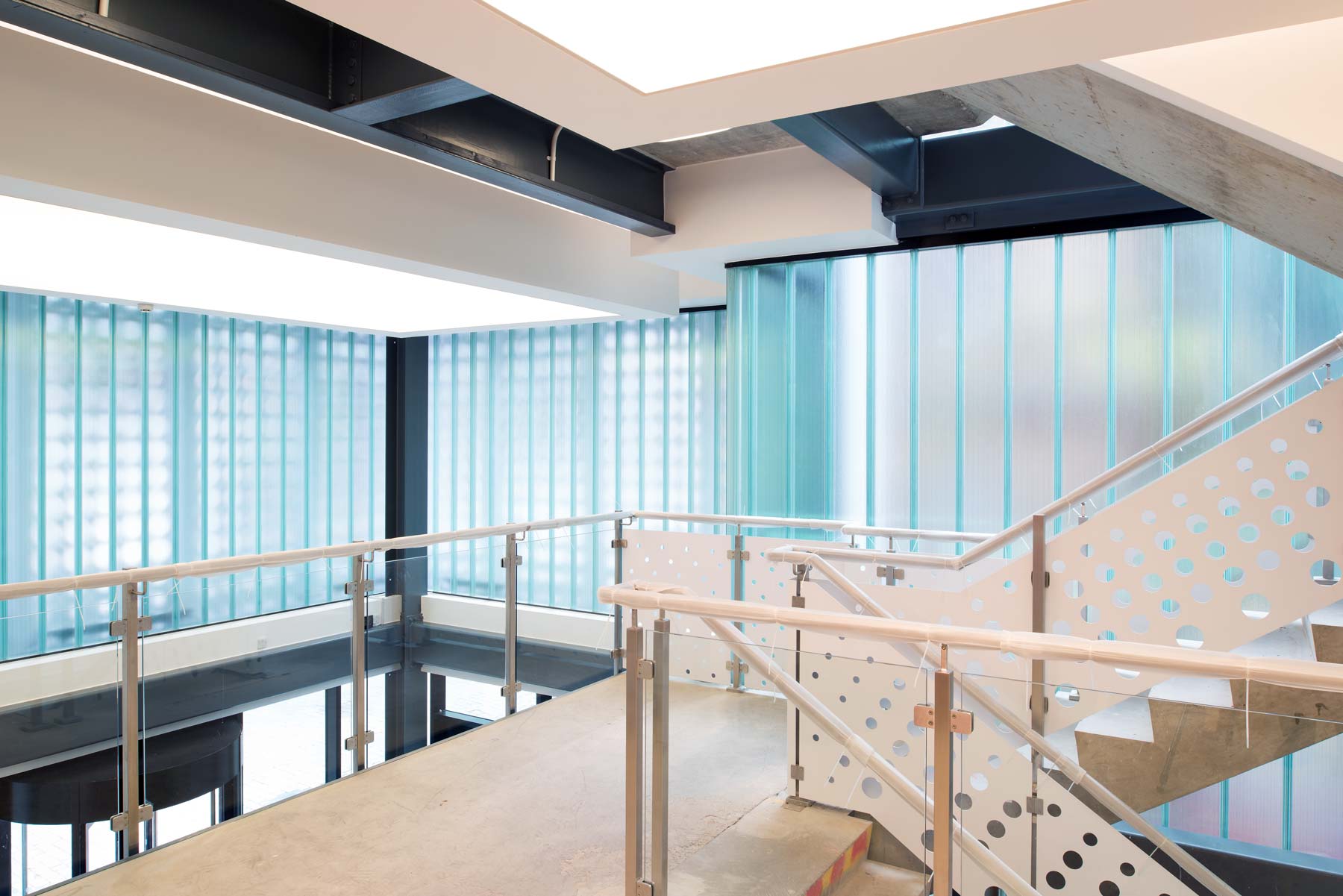 The interior is crisp and modern

Signing up to No.1 Hardman Street was a real step in the dark for us – it was a huge challenge but we saw the potential for creating our own space and two years on, our original vision was realised. It turned out to be a real statement of intent for us and Manchester itself. 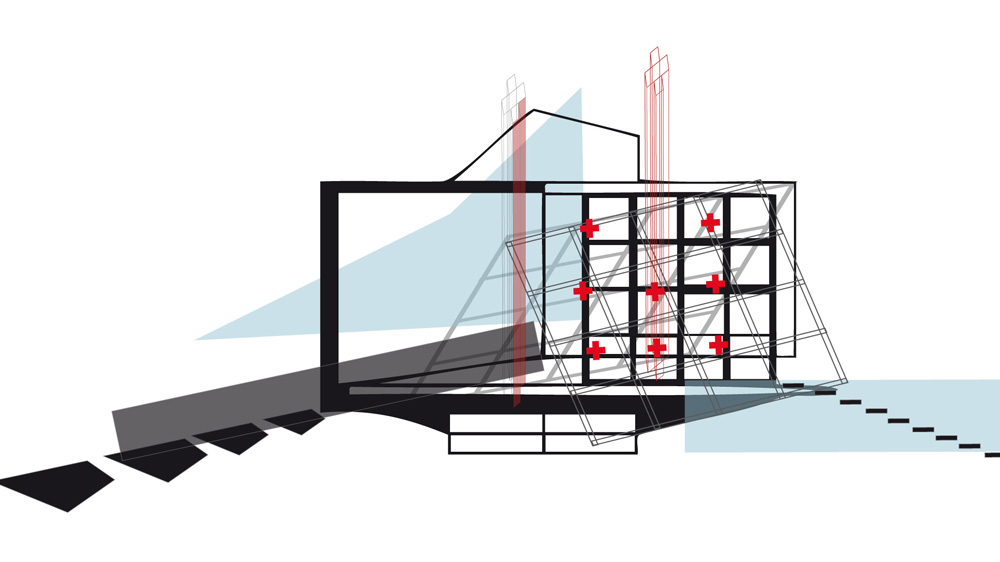 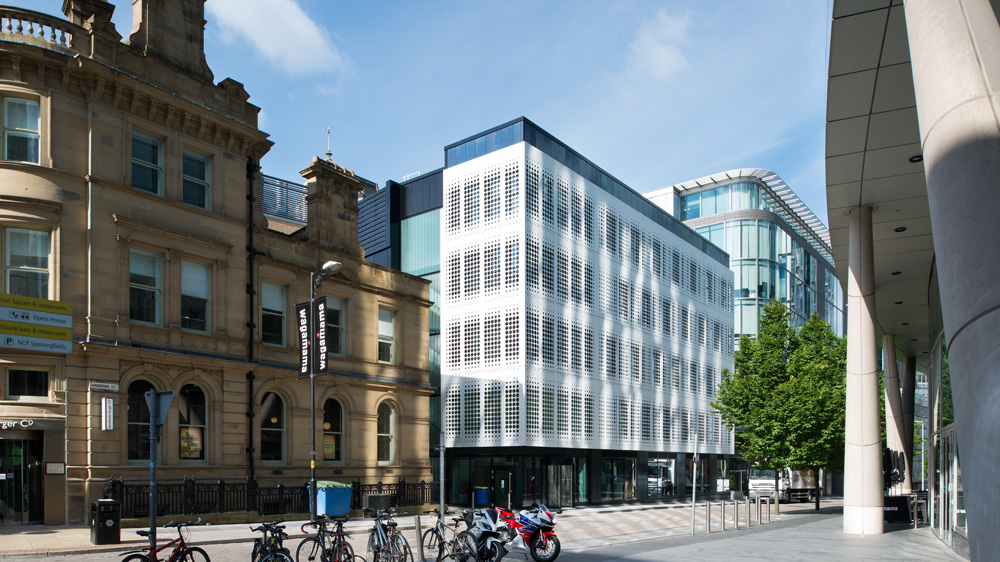 The building has become a landmark for the area 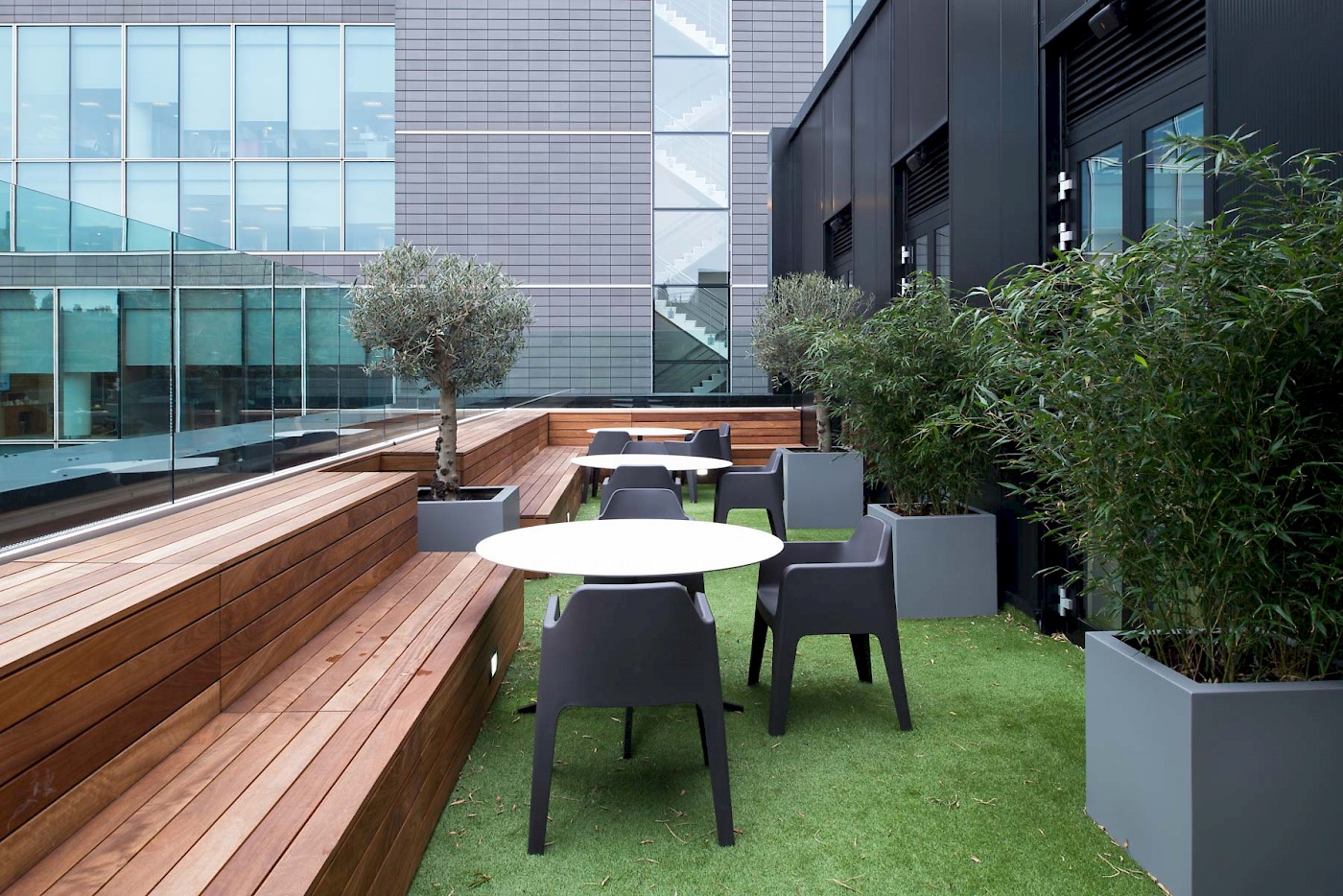 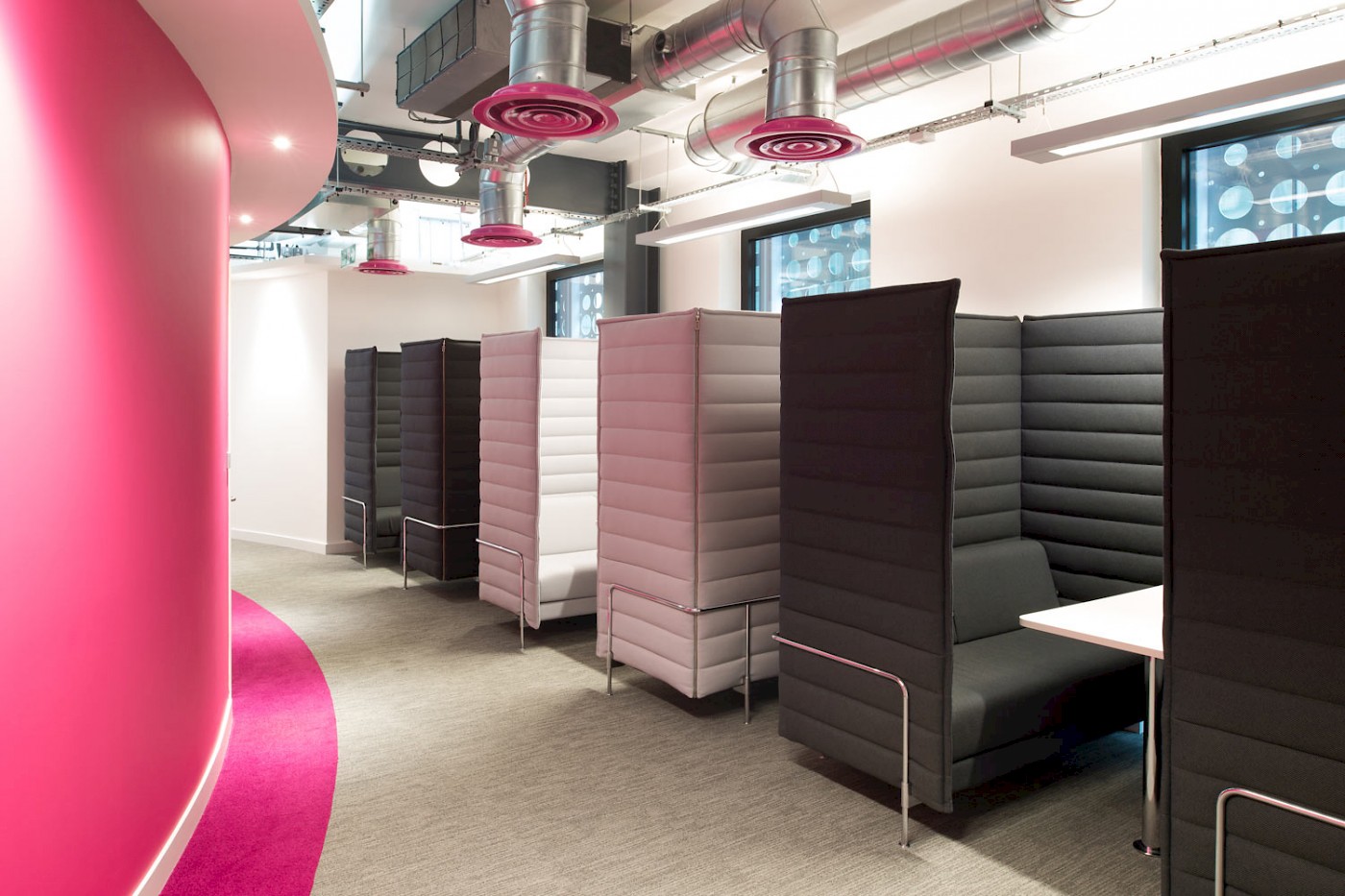 Flexibility was a key consideration throughout – from signing up to moving in, Mediacom grew significantly in size. As well as adjustable working areas, the two ground floor meeting rooms can be opened up to create a large space for presentations, conferences and events, which have become a fixture on Manchester’s media scene.

As well as taking only 18 months to complete, Mediacom has noticed that being in a more stimulating, creative environment has increased staff morale, the quality of their work and helped to win over new recruits too.